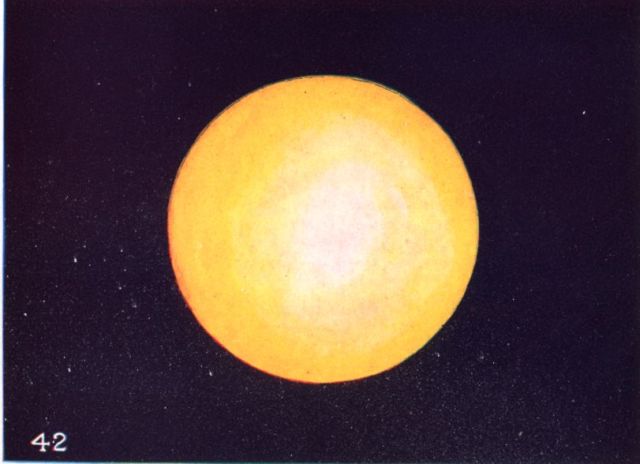 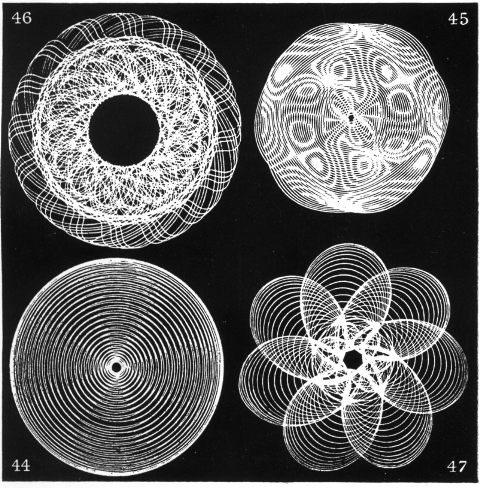 “The Logos Pervading All”

Our next three Figures are devoted to the effort to represent a thought of a very high type—an endeavour to think of the LOGOS as pervading all nature. Here again, as in Fig. 38, it is impossible to give a full reproduction, and we must call upon our readers for an effort of the imagination which shall to some extent supplement the deficiencies of the arts of drawing and printing. The golden ball depicted in Fig. 42 must be thought of as inside the other ball of delicate lines (blue in colour) which is drawn in Fig. 44. Any effort to place the colours in such intimate juxtaposition on the physical plane results simply in producing a green blur, so that the whole character of the thought-form is lost. It is only by means of the machine before mentioned that it is at all possible to represent the grace and the delicacy of the lines. As before, a single line produces all the wonderful tracery of Fig. 44, and the effect of the four radiating lines making a sort of cross of light is merely due to the fact that the curves are not really concentric, although at first sight they appear to be so.