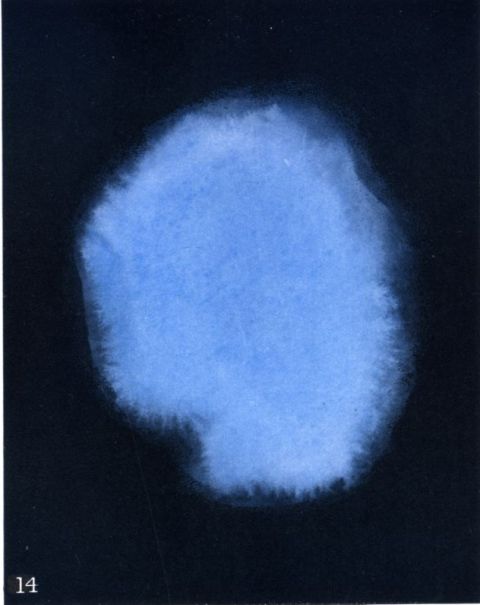 Fig. 14 shows us another shapeless rolling cloud, but this time it is blue instead of crimson. It betokens that vaguely pleasurable religious feeling—a sensation of devoutness rather than of devotion—which is so common among those in whom piety is more developed than intellect. In many a church one may see a great cloud of deep dull blue floating over the heads of the congregation—indefinite in outline, because of the indistinct nature of the thoughts and feelings which cause it; flecked too often with brown and grey, because ignorant devotion absorbs with deplorable facility the dismal tincture of selfishness or fear; but none the less adumbrating a mighty potentiality of the future, manifesting to our eyes the first faint flutter of one at least of the twin wings of devotion and wisdom, by the use of which the soul flies upward to God from whom it came.