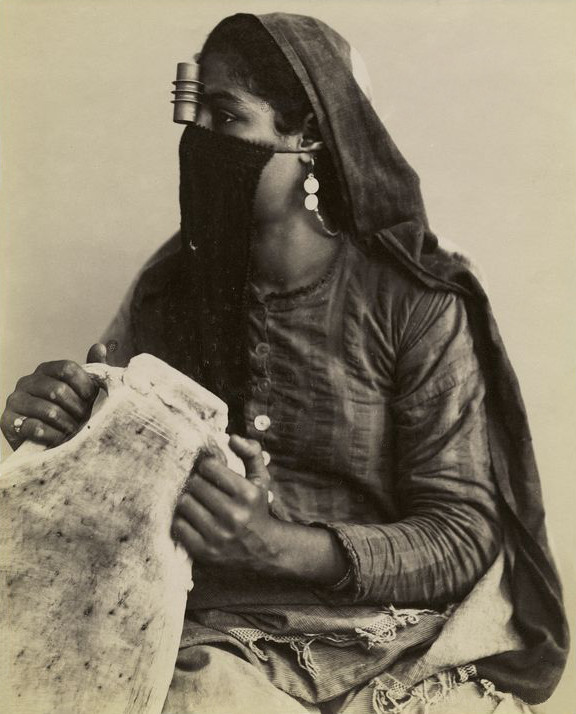 “I see. The women insisted upon casting the veils away, and the men…”

“It’s not so simple,” he interrupted. “In the earlier days, when the Great Land was entirely peaceful, the initiates in knowledge, the Wise People, were all men. At that time the women were merely of the populace, governed benevolently like the rest; but little by little the wives and daughters of the initiates began to steal glimpses of the sacred books and to penetrate the mysteries. In other words, they began to seek education; and of course many of the initiates themselves taught a little magic, — or imparted scientific information, — to their wives and daughters. In those days all the women wore veils; or, as one might express it, they were thoroughly feminine. Gradually, as they acquired more education, and felt more equal to occasions, more able to stand on their own feet, they did not wish to be or seem quite so feminine: some of the bolder among them laid aside their veils and showed their faces openly. Naturally, this caused a little grumbling among the men; but more and more women grew bold, until finally it was thought old-fashioned to wear a veil. Then the women demanded complete initiation into the mysteries of the Wise People. ‘We know all about it anyhow,’ they said to the men. ‘We are your equals in fact, so why deny us the mere acknowledgment of our equality?’ There was more grumbling, of course; but the women were initiated, and after that none of them wore a veil. They divested themselves, as it were, of all femininity, and made good their equal footing. Of course some of the men still grumbled: their vanity was not soothed when the women sometimes surpassed them in certain branches of learning and even in special feats of reasoning; but in a general way the men were just, and after a time they accustomed themselves to the new equality. They perceived that it was a necessity if they were to be fair, — although it cannot be said that they ever really liked it, — and within a generation the Wise People consisted of as many women as men. The daughters of the members of the organization were taught as well as the sons, and were initiated with an equal standing. Then, when everything seemed to be settled upon an apparently permanent basis, a strange and unfortunate thing happened. Fashions forever move in cycles; some of the women returned to the fashion of wearing veils. Immediately those who adopted the veil began to be a powerful party within the organization of the Wise People where all were supposed to be equal. They elected all the officers and controlled the organization itself; whereupon seeing their success, all the other women at once resumed the veil and joined them.”

I interrupted the narrative of M. Lanjuinais at this point. “Did the men then adopt veils for themselves? Does the Kabyle story mention such a point?”

“No,” he replied. “Men are not adapted to veils and are not screened by them. The men among the Wise People could not have helped themselves by wearing veils. But of course they could not endure what the women were doing to them. The men had accepted equality, they could not accept the new inequality; though at first they tried by peaceful means to remedy the disadvantage at which they had been placed. They held a great meeting to discuss the matter. ‘You cannot be our equals,’ they said to the women, ‘and at the same time wear your feminine veils. That is worse than being unfair; it is treachery.’

“But the women laughed. ‘When we formerly wore veils,’ they said, ‘we possessed something that we abandoned when we went unveiled. At the time, we did not perceive our loss, and it has taken us more than a generation to discover it. Now, in again veiling ourselves, we are merely reclaiming our rights, — resuming our natural possession.’