There was a photo I once saw of ALBERT AYLER (1936–71), I think it was in MOJO magazine: Ayler in golf togs, who could forget? He was the fiercest, freest, most transcendent gutbucket tenorman of the Atomic Age, as liberatory an icon of (black) self-assurance as Monk or Ornette until he broke inside and jumped, or fell — they found him floating by the Congress Street pier, Brooklyn —  it’s a hard world for a screamer. But damn he looked sharp. Some claim Ayler’s style came from the underworld and maybe so but like his explosive sound, it was also born of sacred exhortations and electric blues: Liberty Hill Baptist Church and Little Walter, whose band he joined for two summers when he could have been working on his short game. Albert Ayler, John Adams High School golf star; is that bizarre? Max Roach ran track; Randy Weston played basketball; Rosie Grier knit — if only he’d knit golf club covers for Albert! And if undead, herald this foursome playing through: Ayler, Willie Nelson, K.K. Downing of Judas Priest, King Buzzo of the Melvins. Richard Meltzer, author of Holes: A Book Not Entirely About Golf and a long-time Aylerite, also reviewed Live at Slug’s Saloon, 1966: “Land shark with a machine gun meets kosmic hoedown meets Irish wedding/funeral meets a herd of wildebeests meets the tricentennial of the French Revolution. The last time, or close to it, any such gamut was run for real with so much impunity.” 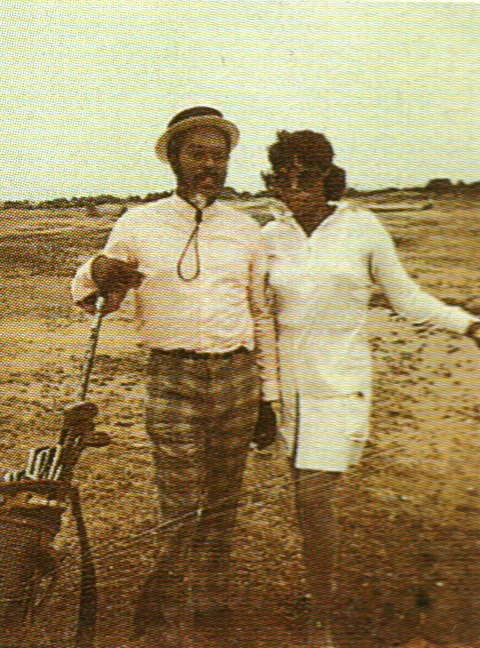 On his or her birthday, HiLobrow irregularly pays tribute to one of our high-, low-, no-, or hilobrow heroes. Also born this date: Erno Rubik, Isaac Babel.