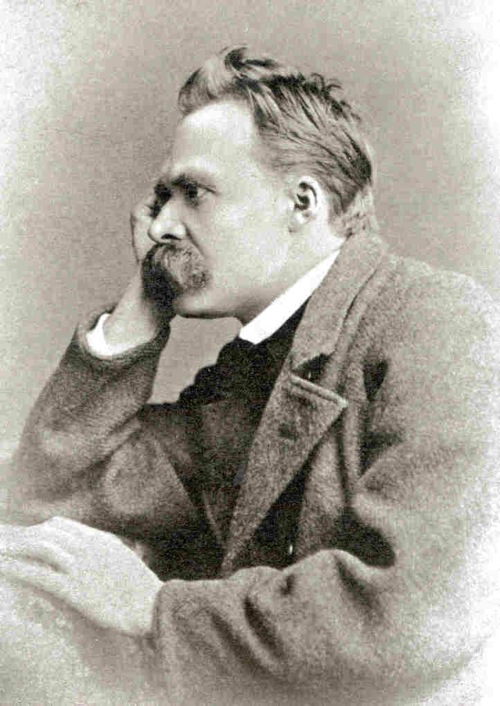 “Are we not plunging continually? Backward, sideward, forward, in all directions?” demands a character known as The Madman, in FRIEDRICH NIETZSCHE’s (1844–1900) The Gay Science. “Is there any up or down left? Are we not straying as though through an infinite nothingness?” These are the questions that Nietzsche would like his readers to ask themselves. Inspired by the pre-Socratic philosophers he’d studied en route to becoming a professor of philology at the University of Basel, Nietzsche was fiercely impatient with values and views that served to occlude what he insisted were the uncomfortable facts about: the world (a “monster,” a “becoming that knows no satiety”), the self (a “multiplicity,” a “continual transitoriness and fleetingness”), free will (“the foulest of all theologians’ artifices”), and truth (“a mobile army of metaphors, metonyms, and anthropomorphisms”). Yet he wasn’t an immoralist, or hedonist; his first book, 1872’s The Birth of Tragedy, praises the unique figure who can recognize the (Dionysian) truth that all is flux, yet voluntarily assume a self-created (Apollonian) set of responsibilities. After abandoning academe in 1879, Nietzsche published voluminously: The Dawn (1881), The Gay Science (1882), Thus Spoke Zarathustra (1883–85), Beyond Good and Evil (1886), and On the Genealogy of Morals (1887) are exciting, funny, brilliant, aphoristic, lyrical works of philosophy. Nietzsche’s figure of the Übermensch, whom the character Zarathustra posits as a goal for humanity, is less Superman than Bizarro Superman: feral, uncanny, ironic, “amphibious,” a tragicomic figure willing — like Nietzsche himself — to play the villain or the fool, as necessary. In 1888, Nietzsche collapsed into a catatonic state, a victim of syphilis — not, as his detractors insist, insanity. His proto-Nazi sister, Elisabeth, seized the opportunity to promote Nietzsche as a prophet of anti-Semitism… when, in fact, he was an anti-anti-Semite who sometimes signed letters: “Anti-Christ.”

READ MORE about men and women born on the cusp between the Original Decadent (1834–43) and New Promethean (1844–53) Generations.