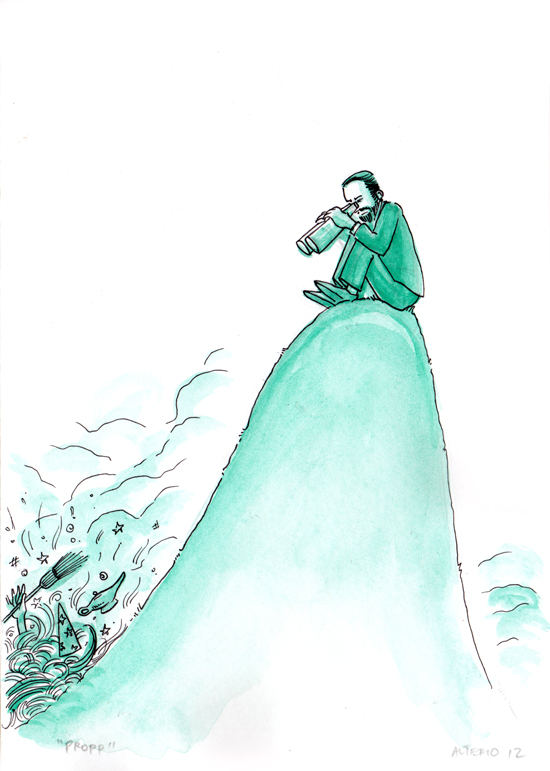 ‘O’ is for Ono: Peace-Dreaming and Screaming
(And chanting with Beatles of similar leanings.)
She really liked jokes and wrote ‘Yes’ on the ceiling,
And if you’re called ‘Ono’ that’s rather appealing.

‘P’ is for Propp, saying fables were samey but all slightly bent,
So he climbed up a hill to see what they meant,
A bit strange for a grown-up, but that’s how he went.
Good luck to you Vladi, your thoughts pay my rent.

‘Q’ is here Qi, a force of good strength, packed full of zing,
Much used by Confucius, who wrote down everything,
And hid all his Qi in a Special Qi Tin.
But I’m getting tired, ’cos my Qi’s wearing thin.

‘R’ is for Russell, a nice English chap,
I think that he thought that real things are all traps,
And his friends were hard numbers, strange sums and mad maps.
But I don’t really get it, so I’m taking a nap.