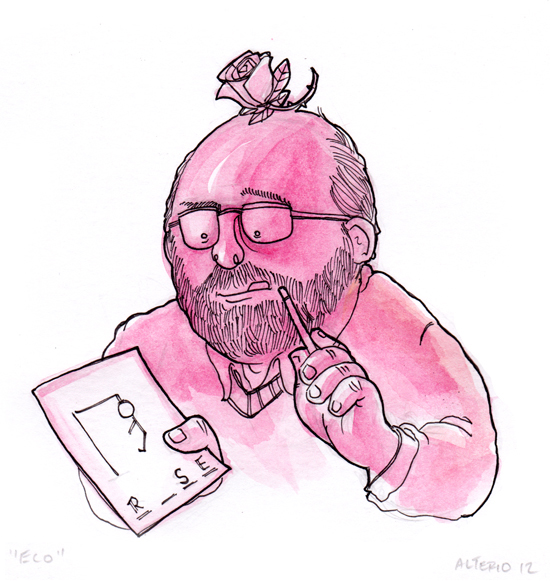 Said is our ‘S’, an extremely kind and extraordinary bloke,
Said some folks are lucky and others are broke.
It’s really a matter of where you were born —
You might smell the roses, or get pricked by the thorn.

Theo our ‘T’, said TV and cash were mostly to blame
For throwing a poo at the Clever-Thought-Brain.
I think he’s half-right, but whatever kick he’s on
Adorno’s not going to watch Nickelodeon.

‘U’ is Umberto, likes comics and prose,
And wrote a nice book, The Name of the Rose,
Which you’d think would be Rose, but it wasn’t you see,
’Cos you can’t have a story that ends on page three.