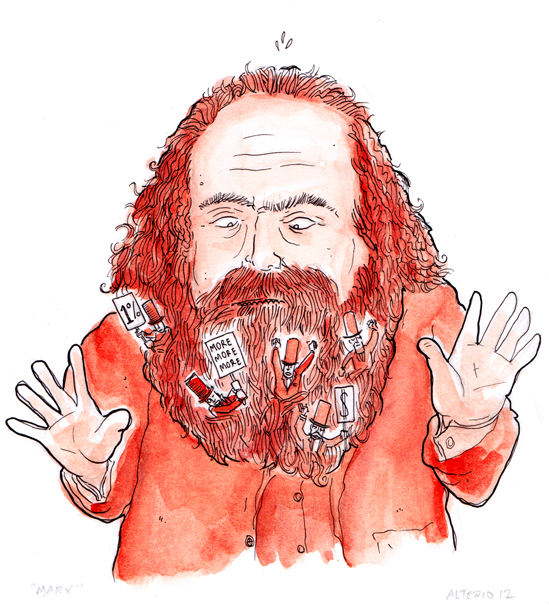 ‘L’ for Lacan, a fun-loving half-joker
Said words made up people, and not vice versa,
And he said you should do whatever you like…
So go kiss a zebra and call everyone ‘Mike’.

‘M’ is for Marx, an old guy with a beard
Got people with money alarmed and a-feared.
Karl said nutty stuff like “Rich people should share!”
But rich folk didn’t like it. They all shouted “Not Fair!”

‘N’ is for Nietzsche: smart, funny, good/bad and maybe quite mad,
Fred thought up an odd kind of Space-Cosmic-Dad.
Thus featured his Preacher, his Big-Sky-Magic-Creature —
So it’s hard to get Nietzsche, he’s a super-weird teacher.