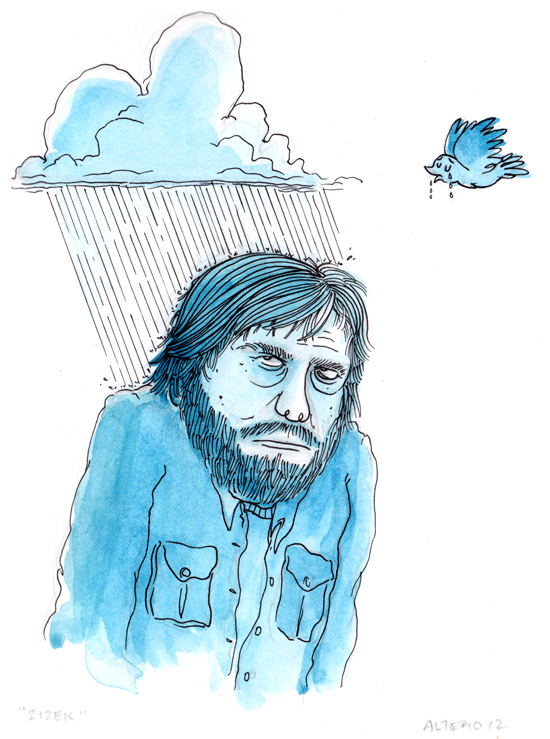 ‘V’ is Virilio, a name hard to rhyme,
He has some ideas about thinking and time.
He says if The Think-Thoughts all run like a flash
The Slow Ones get squashed by some kind of Brain-Dash.

Wittgenstein here: all silence and writing
Our words are slip-fishy with rather bad lighting.
But talk tennis, or curtains, or teddies in herds,
Without all these words we’d just tweet like the birds.

‘X’ is for Baudrillard; and yes, I’m a liar,
But Jean-Paul’s not quite sure if the world is real either.
A copy of copies, alone and in pairs…
Enough with the copies, let’s leave it right there.

Yang Xiong our ‘Y’, wise, old and Chinese,
Said rightness and wrongness get mixed in your knees.
In English we’re simple — Good Me’s and Bad Me’s —
But the thinkers in China liked thoughts they could squeeze.

Žižek the ‘Z’, Super-Fast-Special Word-Bee!
He can talk to the trees about magic wee-wee
And stop people singing “Happy Dayz, Super-Glee”
’Cos if you want to feel sad then that’s how you should be.