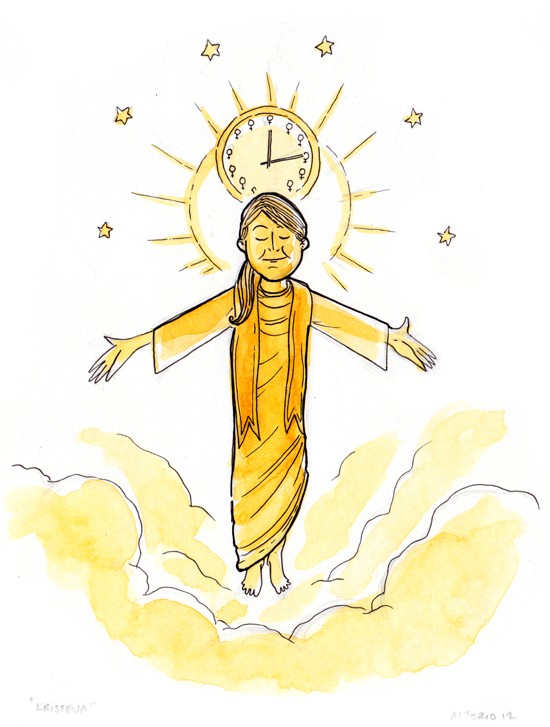 ‘H’ is for Hegel, made chewy ideas and stretched them like goo,
Took one side of a thought and the other side too
And boiled them together to make Good Idea Stew,
The ideas were delicious, though not always quite true.

‘I’, I — it’s too much of mine,
A lonely small dinner where only one dines.
But I is much better when given a plus
So its good-bye to I and hello to Us.

‘J’ is for Jameson, says life’s in a loop,
A post-modern crisis that’s like a bad soup.
But if you’re not sure what all these words mean
Don’t worry too much, ’cos no one’s that keen.

‘K’ is Kristeva, a favorite of mine,
Thought girls live in different, but magical, times.
So if ever your Mom is cross at your lateness
Just say that Kristeva would praise you for greatness.*