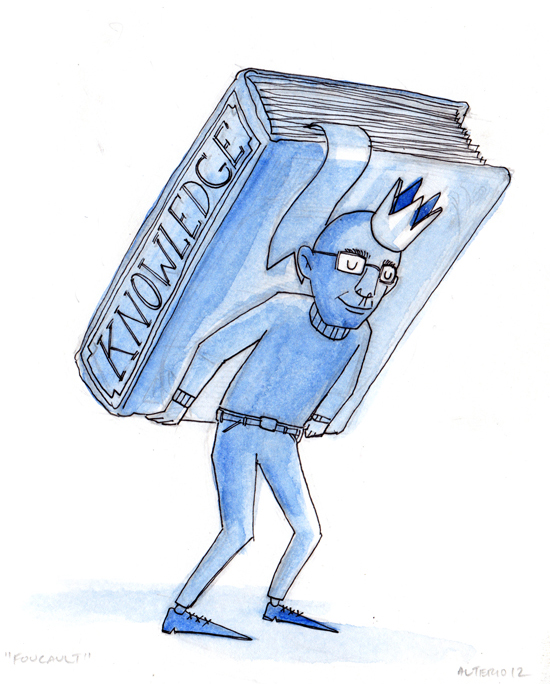 Eagleton (‘E’), King Reader respected,
Said stories could lead to things quite unexpected,
Like bad bully-thinking that should be rejected
And ideas that are nice, but often neglected.

‘F’ is Foucault of ‘Knowledge is Power’.
So remember that phrase when told to ‘Go Shower’
’Cos if you provide some good enough reasons
You can stay dirty for up to three seasons.

‘G’ is for Gramsci, he’s Mr Hegemony,
So ruling by guns is only a memory,
Replaced by some films, some adverts ‘n’ ceremony,
So all will behave — every Tom, Dick and Jeremy.