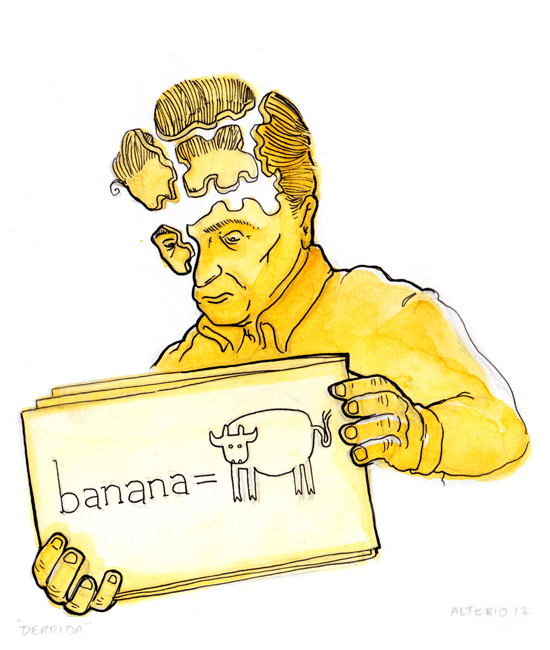 ‘A’ is for Althusser, and taking and making
And walking the dog and birthday cake baking,
And how it joined up to big money and power,
To the rich and the poor, and the poo and the flower.

‘B’ is for Benjamin who liked to do thalking —
Walt’s own special combo of thinking and walking.
He saw magic glow-stuff, the art of the night,
So sometimes, in moonshine, he was covered in Light.

Cixous, our ‘C’, says girls and boys all equal each other
And that kisses should land between one and another.
But Helene has a warning for all of your brothers:
Don’t write with your willy, or you’ll upset your Mothers.

Derrida (‘D’) confused lots of folks
When once he gave talking a bit of a poke:
Words are just silly — they don’t make much sense,
Like a cup that’s a lion but is really a fence.