One of the most noteworthy elements of Google’s geographical tools is their propensity for capturing not space, but time. By happenstance or design, Google’s world-crawling streetview camera famously witnesses crimes, disasters, phenomenal islands of temporality in a sea of geographical documentation. 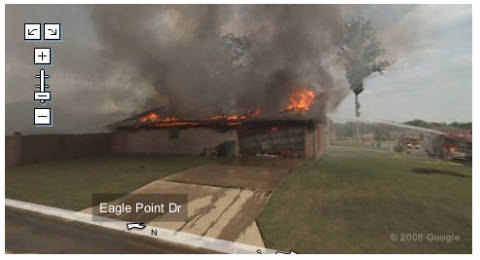 But when I spend time in Google Earth, I’m entranced not by the easter-egg serendipity of such moments, but by the stratigraphy of moments piling up out of time. In using Google Earth, we treat these atemporal mappings as noise; I prefer to think of them as the signal. Take this view of the shore of China’s Qinghai Lake, a temporal tapestry where seasons and solar effects meet without mixing — bands of summer cloud and shadow sliced by crepuscular snows: 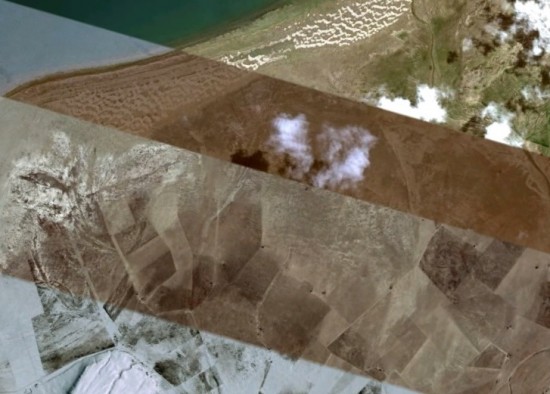 Of course, this effect is merely an artifact of orbital expediency. Google Earth ceaselessly weaving and mending, stitching together its image of the globe out of imagery gleaned from numerous satellites, its algorithms searching for new data to darn holes. The resulting frontiers of atemporality alienate place and time, capturing locales in frozen streams of history — like this snowbound settlement near the Lake Qinghai shore, stranded in sight of lapping waves and warm waters — 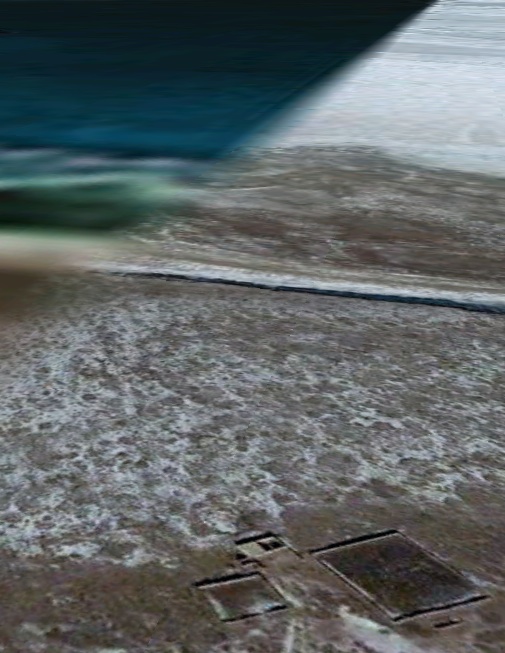 — frozen forever — or at least until the next update.

These temporal borders are uncanny reminders of ineluctable time. We want our networks to flatten time, but peaks and valleys are unavoidable. There is no mastering point of view from which the entire globe may be imaged in a single scan. 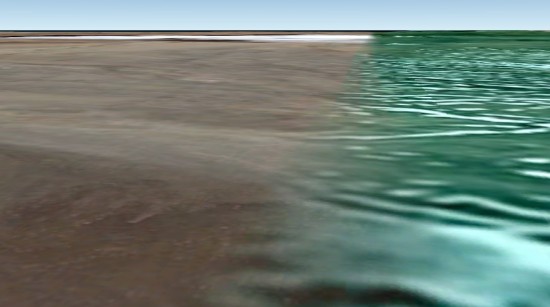 Like all good tapestries, Google’s temporal tissue tells stories. In Morocco, a field’s circular irrigation patterns reveal the seriality of blooming and browning:

Borges famously demonstrated the uselessness of a map at the scale of one to one; in the fragmentary short story “On Exactitude in Science,” he imagines its users becoming just as lost in the map as they were in the world. “In the western deserts,” he tells us, “tattered fragments of the map are still to be found, sheltering an occasional beast or beggar.” In Google Earth, however, such maps pile up, one atop the other, palimpsests with their own ineluctable stories to tell. 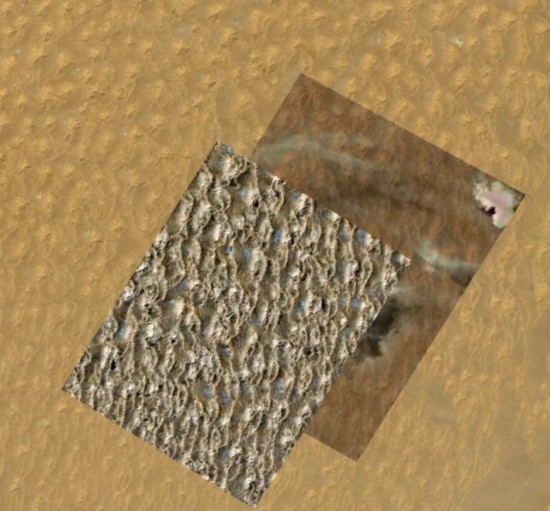