No, it’s not a disorder listed in the DSM. It’s a variety of visual illusion in which an image is skewed so that it appear “correct” when viewed in a mirror. The most famous example is Hans Holbein’s The Ambassadors with its stretched-out skull at the bottom: 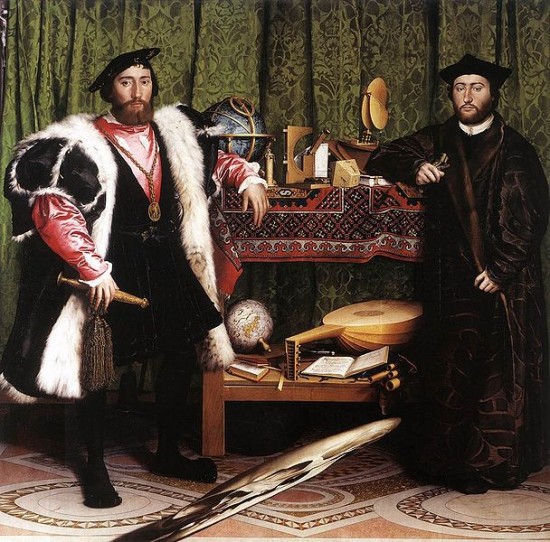 Holbein’s image doesn’t need a mirror to unravel; looking at the picture plane from a sufficiently raked angle will do (hint: put your nose on the lower left corner of your monitor). But images made to reflect correctly in cylindrical mirrors have been popular optical playthings since at leas the 18th century: 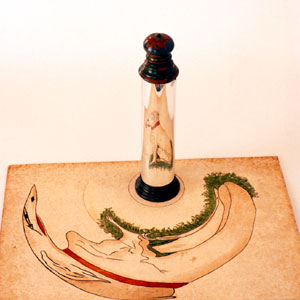 Video artist Ross Ching adds a revelatory twist to the game in his film “Distortions:

Distortions from Ross Ching on Vimeo.

The circular renderings in Ching’s film make me think of the tiny planet in The Little Prince. But viewed as rotating spheres and cylindrical speculations, they seem to be saying something about our wired world as well: as the lenses and mirrors multiply, so do the chances for discovery.