Bookfuturists of the world, unite (tonight)! 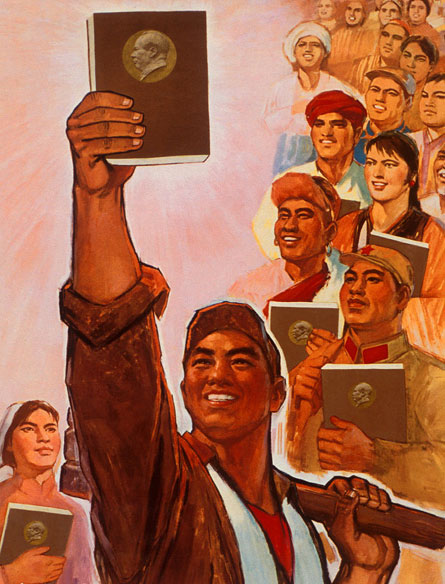 There’s a new disposition on the rise: that of the Bookfuturist, someone who embraces the book’s history and its technological future. Bookfuturists love books in all their forms—from the scroll to the social media, from the codex to the Kindle; from the Gutenberg Bible to Jung’s Red Book. Bookfuturists know that books and storytelling share a power that transcends technology. While others variously dance on the book’s grave or fret over their market share, bookfuturists look at the collision of storytelling and technology as a new birth of possibility. We tell stories; we share ideas. They’re books because we say they are.

Apple’s iPad is only one of a host of new technologies only begin to define the parameters of books and storytelling in times to come. Bold new ventures on the part of authors and media artists, from nervy experiments in digital narrative to extrordinary efforts to create communities of writers and readers, push the boundaries of the bookish. Tim Carmody, blogger at the ever-exciting Snarkmarket, is working not only to flesh out the critical possibilities of the bookfuturist disposition, but to spark and organize a vital conversation about its possibilities, at his new site intellectual networking site Bookfuturism.

And now, Joanne McNeil of Tomorrow Museum is shaping a series of meetups to showcase terrific new experiments taking place where books and technology collide. The first meeting, the Boston Bookfuturists, will take place tonight at Microsoft’s amazing New England Research and Development Center, near MIT in Cambridge’s Kendall Square.

It’s a HiLobrow-heavy event: Josh and I both will give presentations (I’ll be presenting my thought experiment about a terms of service for books; Josh will talk about eBay as a literary venue) as well as our recent artist-in-residence, Peggy Nelson (Twitter and other social media as space for presenting movie/novel hybridizations). We’ll also hear from Stona Fitch, founder of the amazing Concord Free Press, and from our impresario and provocateuse, Joanne McNeil. Special guests will be on hand to read from their work, and there will be plenty of time to talk about ideas and projects in Boston’s arts, media, and publishing communities.

If you’re in Boston, we hope you’ll join us tonight at the NERD! If you live elsewhere, get in touch about participating in future Bookfuturist events in other cities in the months to come.