The Library Dreams of Knowledge's End 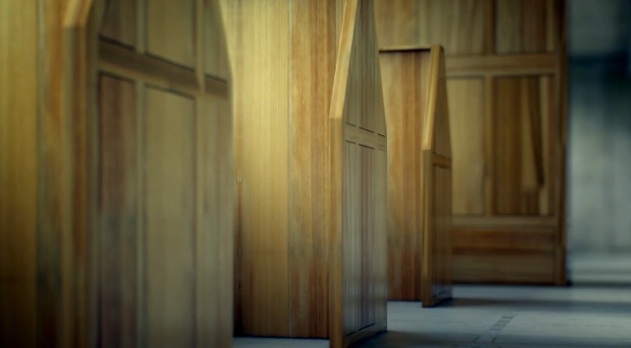 Here’s a short film that captured my fancy, discovered via Twitter architecture maven @twiliteprincess: Alex Roman’s “Kahn’s Library,” which features the 1965 Phillips Exeter Academy Library designed by Louis Kahn. As a modernist interior the building is striking; it would make a fine space in which to set a futuristic first-person shooter. But what’s really unsettling about Roman’s film is that the library is empty.

As an edifice and an institution, the library is the Derridean trace par excellence. The library wants to consume the books, to endure and overcome them. It’s a hardy meme, a selfish gene, the library — using words and ideas to get itself built, much as a prep-school elite could be said to consume and efface liberal tradition in order to ratify their authority and satisfy conspicuous needs.

Before the first volume is placed on the shelves and after the last leaf crumbles away, the library is always already a book.