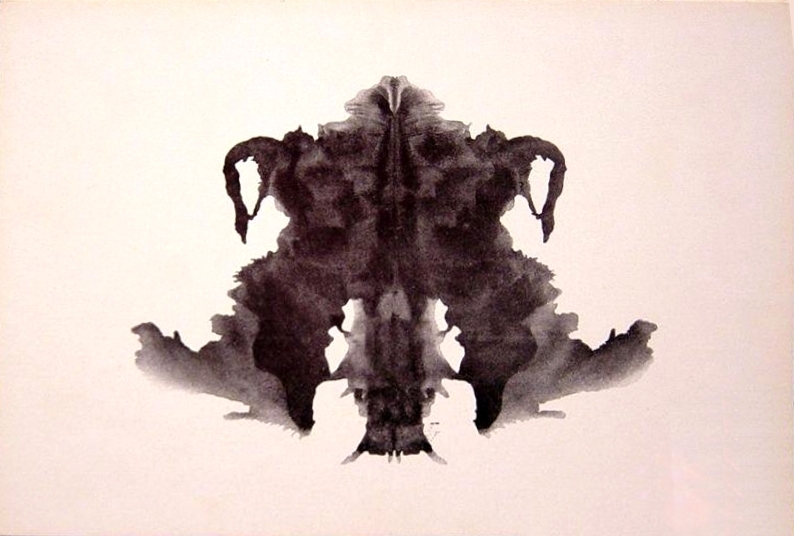 WHAT DO YOU think it means? The New York Times reported yesterday that some psychologists were feeling panicky about physician James Heilman’s decision to upload the canonical Rorschach inkblots to Wikipedia along with their most-frequently assigned descriptions. Apparently, some practicioners fear that patients will use the information to game the test, which typically is performed in a battery with other personality measurements.

In a time when information wants to be free, is there no place for esoterica, for the secrets of professional guilds and cognoscenti? Perhaps not. But the case of the open-source inkblots exposes the cultural significance of Hermann Rorschach’s test as the chief icon of middlebrow psyche, which wants to reveal itself in Gladwellesque blinks, moments of confrontation with everyday mystery. Revelation is that simple! And that safe.

According to Heilman’s captions in Wikipedia, most people see bats or birds in the blots. I see alien endoskeletons, pelvises from the stars. Interesting — but I’m sorry, our time is up.