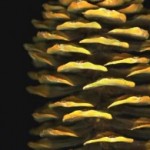 The catalogue of the MIT Press arrived in the mail today. One of my favorite university presses, MIT publishes books that are terrifyingly smart, but often audacious and surprising as well. (last year’s Digital Apollo by David Mindell, in which the Apollo program comes off as half steampunk fever dream and half bureaucratic clusterfuck, is an ideal case in point). The first entry in this season’s catalogue: a new edition of Goethe’s 1790 treatise The Metamorphosis of Plants, with luminous photographs and an introduction by Gordon L. Miller, historian and director of the interdisciplinary Environmental Studies Program at Seattle University.

Botany is not a topic we anglophones normally associate with the German arch-Romanticist. But Goethe’s life and art were not so neatly segregated as modernity’s later division of the arts and sciences would lead us to expect. The author of Sorrows of Young Werther was as avid a naturalist and philosopher of science as he was litterateur. Romantic to the core, Goethe vibrated in sympathy with a natural world which, he felt, returned the communication. Thus he was troubled by the Cartesian turn towards materialism and rigid empiricism, which he found expressed most fully in Newton’s dry-as-dust dissection of light into the spectrum. The Newtonian formula struck Goethe as not only nonsense — how could the very ideal of whiteness be composed of colors?— but as a kind of violence against nature, an brutal insensitivity to its subjective aspect. “Colors,” he wrote in a huff, “are the deeds and sufferings of light.” 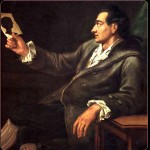 When it came to plants, Goethe was not only an avid collector but a florid dreamer. His method could be called a kind of ecstatic empiricism; in his precise observation of the forms plants take in root, leaf, and flower, he saw the outlines of an Urpflanz— the indreamt, unfolding plantness of all plants, the flourishing vegetal spirit spilling forth as a cornucopia of forms. His vision of nature would later inspire Ralph Waldo Emerson as he browsed the cabinets of the Jardin des Plantes in Paris. “The Universe is a more amazing puzzle than ever,” he observed, “as you glance along this bewildering series of animated forms, the hazy butterflies, the carved shells, . . . the upheaving principle of life everywhere incipient in the very rock aping organized forms.” It was this vision of the striving, ramifying being of the natural world — the Goethean vision of nature filtered through the dazzling forms on display in Paris — that counterbalanced Emerson’s equally epiphanic experience of the Louvre, inspiring his great essay Nature.

It’s safely said that Goethe had no impact on the course of modern science. But the prospect of a new edition of his Metamorphosis of Plants appearing under MIT’s imprint suggests a corrective urge.