Parker and the Slashers 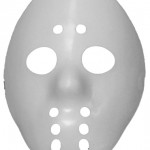 Atlantic correspondent James Parker is the hilobrow critic par excellence. Whether reviewing a biography of G. K. Chesterton or musing on the meaning of slasher films (as he does in the forthcoming issue of the Atlantic Monthly), Parker’s criticism takes humankind — the needy, striving, but sometimes transcendant self with its long shadow of hungers and longings — as the measure of the work.

Middlebrow critics will tell you that slasher films chart civilization’s collective decay. But Parker reminds us that long before Jason, we had Grendel; before Beowulf there was the Bible’s Cain. “Civilizational collapse, the rending of the established order, has always been part of the slasher’s brief,” Parker writes. “Getting slashed is human, all too human.”

In a video commentary at the Atlantic’s web site, Parker discusses the give-and-take that makes the slasher film a kind of ritual: