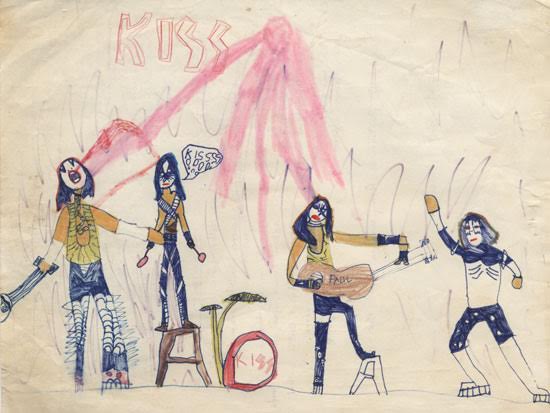 My parents let us watch a KISS concert on HBO when I was 6. I drew them a lot after that.