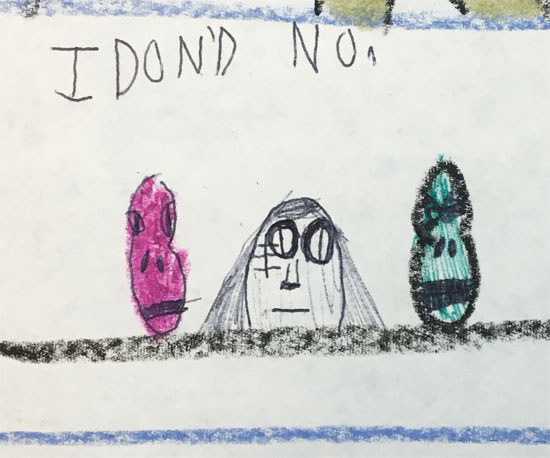 This is a panel from an unfinished horror comic I drew when I was very young. As an adult who’s watched Hereditary & The Blackcoat’s Daughter many times, I love that I was already into the whole “heads on a shelf” thing before I got to 1st grade. Why? I DON’D NO.