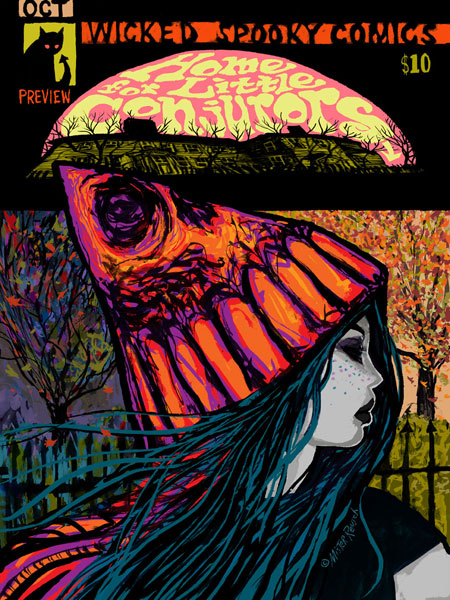 There’s a lot I love about horror, and a lot that I don’t. In 2018 I started my own 9″ x 12″ comic to tell a supernatural story for adults that I’d want to read. It’s pretty dark but I think it has some of that classic EC horror comics morality (and black humor, too). Basically, “There are terrible consequences for terrible actions.” Some characters in the preview issue find out that the witch’s pointy hoodie does a lot more than just sit on her head.