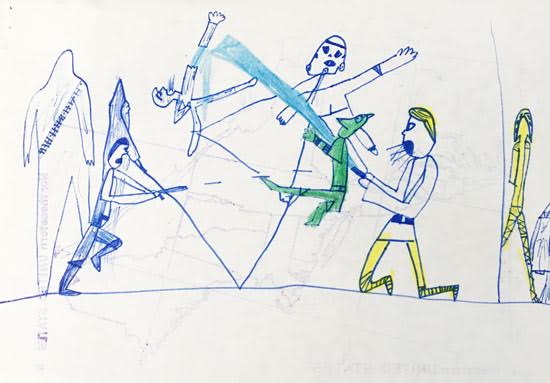 Chewie, 3PO, & R2 walking away from the carnage as Han shoots Greedo, Luke lops off the cantina dude’s arm, & Ben takes off a stormtrooper’s head with some fancy Force ricochet.