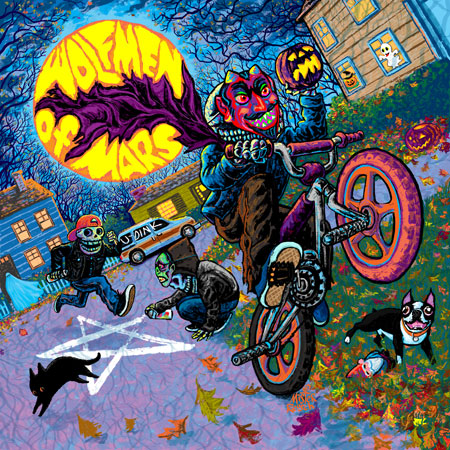 I had a great time working on this Halloween-themed album cover for local band Wolfmen of Mars. Luke who hired me and I both have Boston Terriers. When I met mine as a puppy in 2004, I whispered “Frankenstein” and he woke up, walked over, and peed on my sneaker. My long beard is grey now so I added my Frank peeing on a garden gnome’s foot.