PUT ON A HAPPY FACE 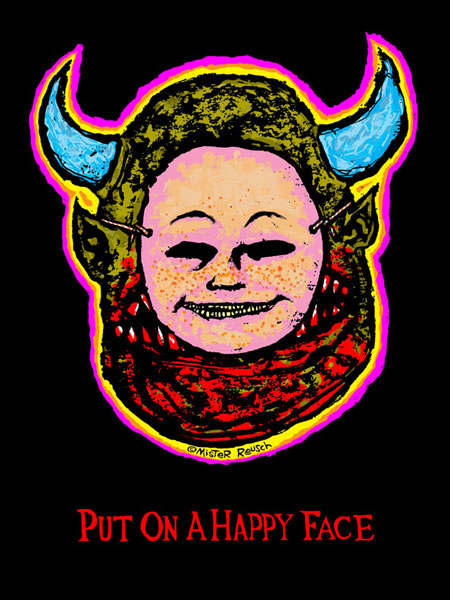 Back in 1995 I submitted a wordless comic titled “Afterschool Special” to a Boston comic anthology. This giant monster shows up on a playground, wearing ill-fitting little kid clothes and what may or not be somebody’s face tied on with a string in a weird attempt to blend in, and it helps a little kid being bullied by a group of older kids. Things go very south for the bullies. In 2017 I decided to turn this illustration from the comic into a motivational poster.