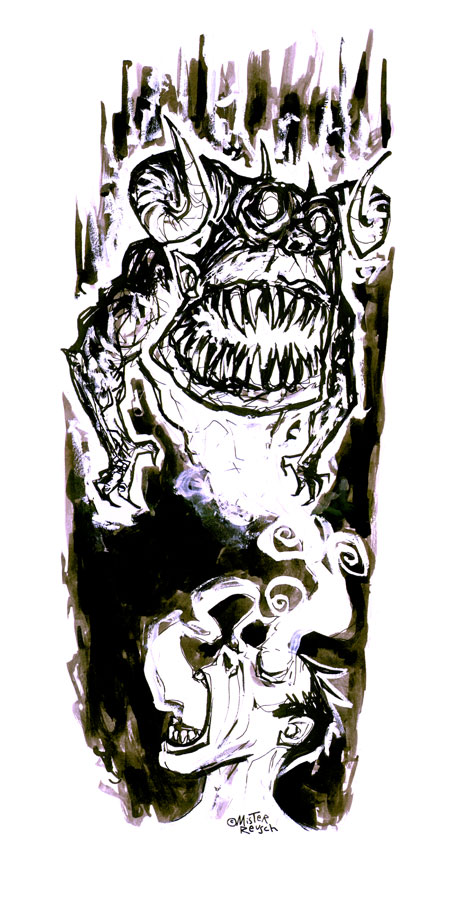 This was a snowdeck illustration for Burton from the late ’90s. Snowdecks were skateboard-sized snowboards without bindings, and the art direction was “duality,” especially good and evil. I’d been reading about how spiritualists would go into trances and ectoplasm would pour out of their eyes and mouths, coming together as spirits. I was thinking about what if an evil spirit or demon materialized instead of a deceased relative.