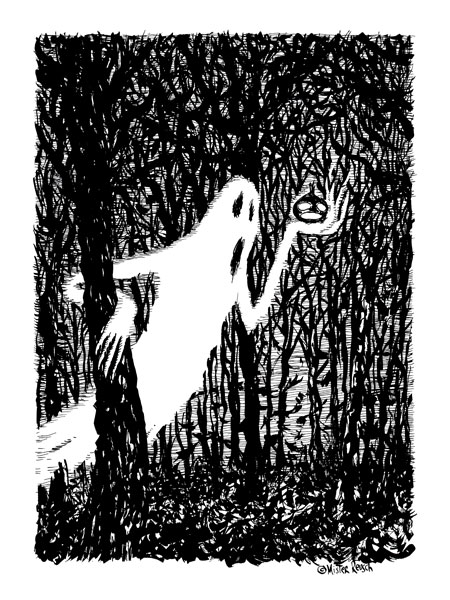 Pilot Parallel Pens on sketchpaper from 2016, the one year I tried & immediately failed to keep up with Inktober on Instagram. I liked thinking about Stingy Jack floating in the woods with only his carved turnip for light.