COOLING OFF THE COMMOTION (6) 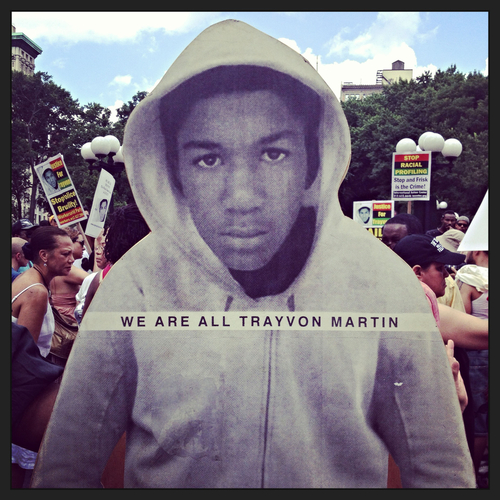 Contributor Chenjerai Kumanyika (beginning around 37:00) visits Bonita and Jay Wise, an African-American mom and son grappling with the power of clothes to protect him from racial profiling. At first, the mom seems like a classic respectability politics advocate — someone who believes that if her son just dresses properly (i.e. no sagging pants) then he’ll be safe. But Chenjerai discovers that Bonita is actually pretending to believe in the power of clothes — because that’s the best she can do to protect her son, to give him another tool and the illusion of safety.