COOLING OFF THE COMMOTION (3) 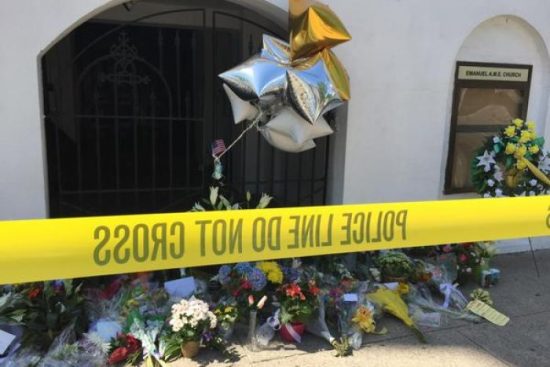 The Cost of White Comfort

How hard can it be to hold hands with someone, even a stranger, if you know it’s just for a couple minutes? For a few terrible moments in Charleston last week, I couldn’t bring myself to do it.

It was Friday night, and I was at a city-sponsored vigil in an arena on the College of Charleston campus with 4,000 other mourners. I had driven down from Clemson, S.C., where I teach, the morning after the shooting. I made the same sad four-hour trip not long ago; in April, my wife and I came for Walter Scott’s funeral, 10 miles up the road.

A reverend led a prayer for the Emanuel AME victims, asking people to take the hand of the person next to them and join in singing “We Shall Overcome.” The person next to me was a kind-looking white woman with a small white rose pinned to her T-shirt; lots of people were wearing white ribbons in honor of the victims. She offered me a sad smile and a gentle nod, lifting her hand.

That’s when I froze. I just couldn’t bring myself to take this woman’s hand, and I knew exactly why. It’s because she was white.

Seriously, Chenjerai?! You’re gonna do this now? The voice of one of my mentors, an older black man who ran a diversity program at my college, boomed in my head. Get over yourself and your racial baggage and support this community. You will hold this white woman’s hand. Now!

My arm didn’t move. I had no doubt that this woman was at the vigil because she cared and wanted to help. And, just like me, I’m sure she was hurting that night. As a college professor and activist on diversity issues, no one needs to convince me that there are genuine, engaged, committed white people in this fight. I’ve marched next to thousands of them over the years, I’ve worked through hundreds of tough conversations with them in workshops on race, and I get to know them every day in my classes.

I have reached across the aisle. I have broken bread. I fully believe we all need healing in these moments, and that night, the symbolism was clear: a white person and a black person holding hands in the face of horrific racial violence, singing songs of freedom. What could be more comforting?

But thanks to something I experienced the previous night in Charleston, I couldn’t shake a paralyzing feeling: When black people and white people clasped hands in the arena that night, the comfort wouldn’t be evenly distributed. The healing wouldn’t flow both ways.

The night before, I was standing in front of Emanuel AME Church alongside three black men from Charleston, probably in their late 20s. Bright yellow police tape stretched across the front of the church, but they had stepped over the tape to get closer to the memorial, huddled there as though for warmth.

We got to talking — four black men uneasily sharing a space of recognition, helplessness, and reverence. One mentioned that, for kids growing up in this city, school field trips often involved visiting slave plantations. “They tell us, ‘Look, that’s your history.’ And it be a picture of a man lynched … hanging. Imagine you a kid and you standing right where it happened.”

Right. Imagine taking a child to a place like that without considering how they were meant to sleep that night. And on a field trip.

It was about then that a husky white police officer in a bright yellow vest walked up. We all stiffened. The officer explained that he could smell marijuana, and that if we were carrying, we had better move along. We all glanced at each other, quick looks of offended amusement, and one of the Charleston men said, simply, “Naw, we good.”

The officer shook his head and told us that he’d smelled weed when the wind was blowing, and repeated that if any of us had marijuana, we needed to clear out. One of the men responded, clearly getting irritated, “Yeah, but how you smell weed when ain’t nobody got no weed?”

Sensing that the tension had just escalated, I started furtively looking for the officer’s badge number, trying not to provoke him. He repeated himself again, and this time, no one spoke. We just nodded, and the officer moved on.

A few minutes later, the wind changed and we also smelled marijuana. It was coming from down the street, in the general direction of some white college students gathered there. We chuckled in that way you chuckle at things that aren’t really funny. The officer circled back around to us, and the young man in the Geechie Squad hat called out to him. “We smell what you was talkin’ bout, but it ain’t coming from over here.” We pointed up the street. The officer looked, then walked over to us with a bashful smile.

“Now that you guys smell it, you see what I was saying, right?” he said. “You see how I could have made that mistake, right?”

At that moment, I had to fight down two conflicting instincts. The first was to spit. (I didn’t.) The other urge was to appease this white officer. To put him at ease. To make sure he felt validated and in charge and, above all, comfortable.

There’s a long history to this urge. It’s what my mother told me to do and what my father showed me how to do whenever he was pulled over. Shrink down into yourself around white people in command, make yourself small and quiet and do whatever it takes to keep them comfortable.

And it goes back much further. Survival for black folk during slavery, Jim Crow and well beyond necessitated thousands of small demonstrations of pleasant compliance toward white people. This didn’t just mean crossing the street when a white person approached; it meant keeping your eyes down while you did it. It didn’t just mean stepping off the curb for a white person; it meant smiling as you did it.

Today, it means that when I discuss these shootings with my white students and my heart is bursting at the seams with outrage and grief, I must keep my voice and gestures gentle and calm and validate my students’ most hurtful comments so they don’t feel personally indicted.

And it means not just acquiescing to unwarranted police interrogation and arrest. It means being friendly, even gracious, throughout the ordeal. Black survival has so often depended on white comfort.

And I was thinking about a black woman I’d met earlier that day, a housekeeper at the Quality Inn where I was staying in North Charleston. It was 100 degrees outside, and we talked while she folded laundry in a barely air-conditioned room. She said she desperately wanted to take her family to church on Sunday but didn’t know if it would be safe. What if other white supremacists were feeling inspired?

In a state where black people still have to drive down roads named for generals willing to spill rivers of blood — black and white — to keep their kin in chains, church is one of the few places that feel truly comfortable. And now, even that was taken away.

Looking out over the smiling, swaying, overwhelmingly white audience singing in the arena that night, I realized that with the simple act of extending my hand — literally, not even metaphorically — I could offer so many of them a heartfelt feeling of racial unity, the promise of healing. But what can I offer the black men and women I spoke to earlier that day? I can’t promise them that things will change, that their sons and daughters will make it to happy, healthy adulthoods, that one day they won’t have to work in brutal heat for insultingly low pay or that a police officer or angry young white man won’t snuff out their happiness in a single instant. I could offer them a hand, too, but I can’t offer real comfort.

A few moments after taking hold of my neighbor’s hand, I let go again. That didn’t feel good, but maybe we’re not all supposed to feel good right now. Not yet.