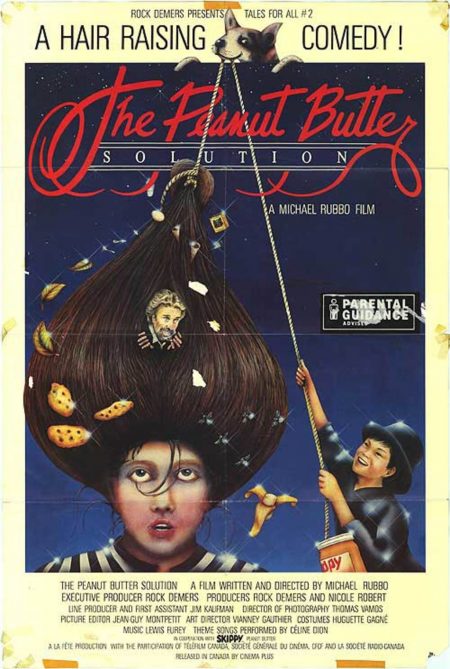 Originally appeared March 20, 2015 in the Globe and Mail.

If you’re under 40, and you grew up in North America, there’s a good chance you’ll recognize the image of a grinning bald kid smearing brown stuff on his head. This comes from The Peanut Butter Solution, an exceptionally weird kids’ movie released in 1985. Maybe the strangest thing about the film is how popular it is: It’s not a stretch to say that Canadian kids of a certain era were as likely to see The Peanut Butter Solution as The Little Mermaid.

The storyline is complex, but here goes: 11-year-old Michael sneaks into a burned-out abandoned house, where he encounters something so frightening that his hair falls out. We never see what he sees, but it has to do with a homeless couple who died in the fire. One night, the couple’s ghosts pay him a visit, bringing the recipe for a “peanut-butter solution” to make his hair grow back. The solution works too well (both for him and his best friend, who applies it to his crotch), and Michael’s hair grows out of control. So a disgruntled art teacher kidnaps him, along with many other children, and forces them all to make paintbrushes out of it. The soundtrack features Celine Dion. 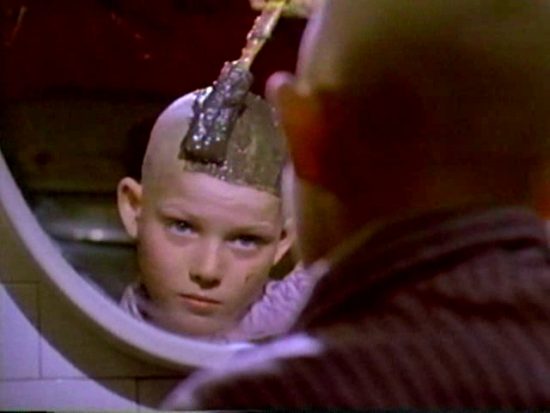 “An overwhelming sense of death and scariness. That was definitely my first impression,” says Paul Corupe, editor of Canuxploitation.com and co-host of the Kid Power! film series at Toronto’s Royal Cinema.

The Peanut Butter Solution is structured like a nightmare – everything happens, for seemingly no reason – and while the moral has to do with the power of imagination, it’s not clear whether imagination is supposed to be good or bad. I don’t remember feeling scared by the movie so much as deeply uncomfortable, the way I get from prog rock, and attractive smells on people I’m not attracted to.

The film was directed by Michael Rubbo, and originated from a bedtime story he’d told his son. It was produced by Rock Demers, whose production company – and its signature children’s series, Tales for All – became an unlikely “Disney of the North” in the eighties, influencing countless developing minds. “He was one of the only guys [in Canada] making kids’ films at the time,” Corupe says, “and they tended to get shown a lot on TV, because it satisfied the Canadian-content rules. A lot of the Canadian productions were more adult-oriented and could play later at night, but channels like SuperChannel could show these things at 2 o’clock.” (The Peanut Butter Solution aired on HBO, as well, and has a substantial U.S. following.)

At the Toronto screening, Demers showed up for a Q&A. Demers is still producing films – a follow-up to The Peanut Butter Solution is in the works, and shooting might start as early as this fall — so I tried calling him at his production office. He answered, and agreed to an interview on the spot.

Demers speaks in crisp, focused sentences, without pause — at one point he stopped to cough roughly, then hopped right back on a thought. He was born in 1933, in a small French-Canadian village (“from a very poor farmer family, but very happy”). In the 1950s, he hitchhiked from Paris to Tokyo; in the sixties, he became head of programming for the Montreal International Film Festival, and founded a film distribution company. He started the Tales for All series in the early eighties, after reading a newspaper article about suicide among children under 18. “I was 50 years old, and that was such a shock for me, that kids at that age would do that,” he says. “Life is difficult, that’s true — very difficult — but it’s so worthwhile.” 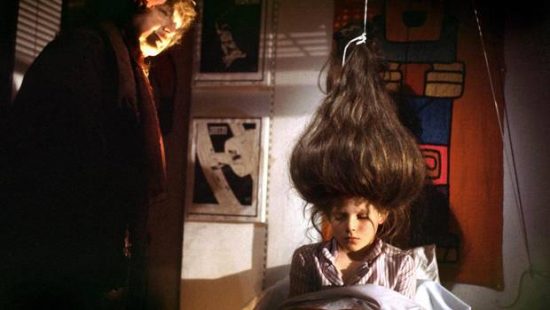 He wanted to produce a series of films that would “give [kids] an appetite for life, in spite of everything.” They would be shot in a contemporary setting, with “lots of humour and tenderness,” and they would star actors from a range of backgrounds, alternating male and female protagonists. He wanted to engage directors from all over the world, and film in different languages. 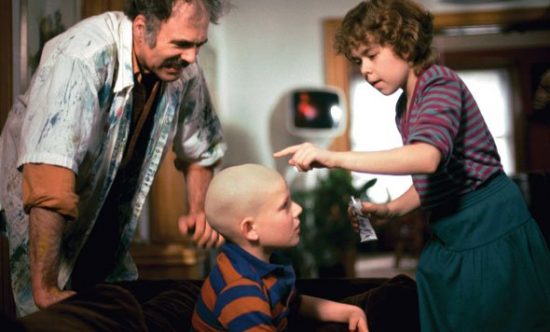 The result is a fascinating but unlikely confluence of references, which can seem uncanny to someone reared on Disney. And I was reared on Disney, but I never think about Disney movies, because they’re part of the basic structure of my brain; I think about movies like The Peanut Butter Solution because they don’t fit, and I tend to think of their strangeness as an accident or a failure, without considering that, at the very least, they might be wedge-shaped for a reason.

The Peanut Butter Solution reaches for more than the average kid flick, but it’s hard to know where to place the excess. Its narrative is fluid rather than linear, and while its message makes perfect sense, really — imagination is precious, but it can get the better of you — it’s more nuanced than these morals are generally presented to children, and so it seems weird. The Peanut Butter Solution is a very weird movie. But that weirdness, as Corupe says, is why you remember it. Stories that make too much sense are usually wrong.