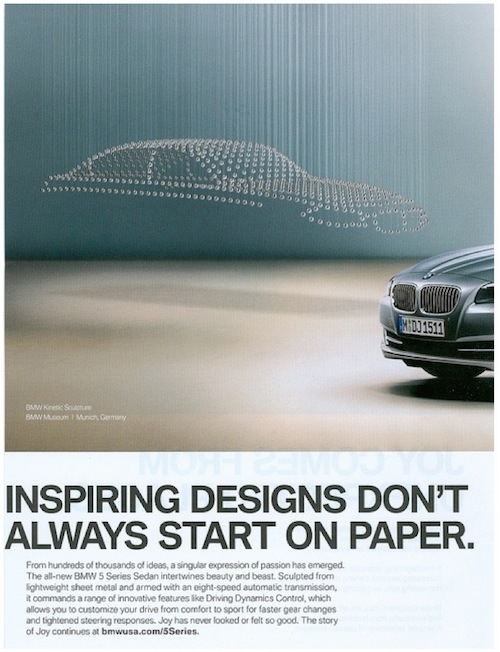 Definition: Innovation inspired by the progressive vision of designers, engineers. Innovation not merely a matter of plodding iteration and scientific research; there can be an element of genius to it. 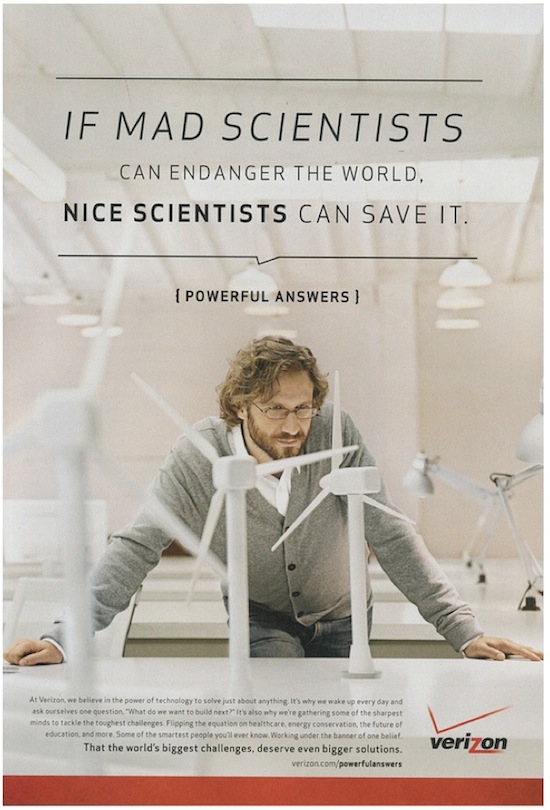 Notes on this code: Pushing envelope of logic/science/precision via themes of vision, inspiration, divination: “Inspiring designs don’t always start on paper.” “This is so next century.” “No need to close your eyes to envision the future.” “Inspired by design.”

Sense that the designer/engineer can see into things more acutely and penetratingly than ordinary mortals: “Atoms, molecules, particles. No, this is not an ordinary car company.” “If mad scientists can endanger the world, nine scientists can save it.” 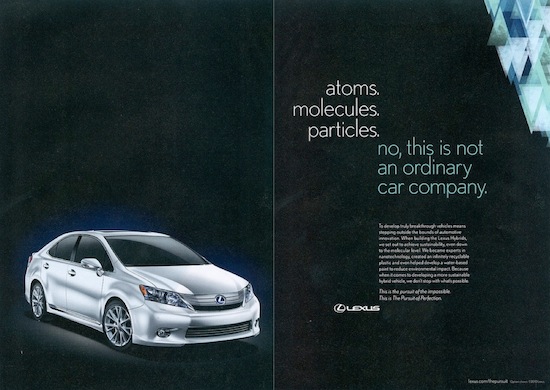