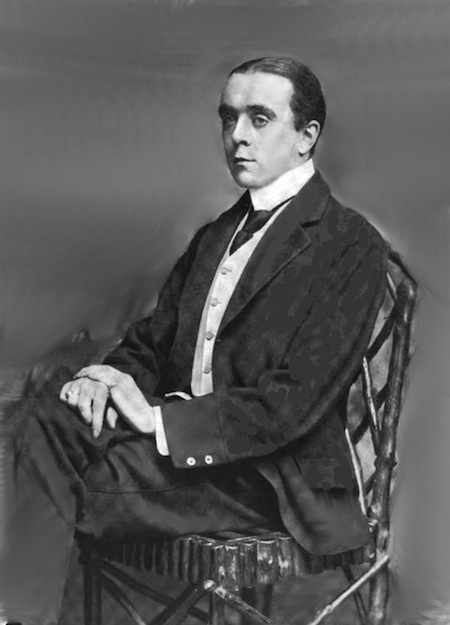 Edwardian humorist MAX BEERBOHM (1872–1956) was, according to surviving reports, quite the toast of his time. He mixed with the right circles and published in the right places, his epigrams and epistles lightly skewering his contemporaries, his work characterized by a certain charm leavened by apt observation. However, humor tends to have a short shelf-life: once of its time; when its time is over, often so is the humorist. However no worries, as posthumous fame, or ignorance, is something of which the artist or artiste is generally unaware. We say generally, because there remains, in the case of Beerbohm, a qualm. He is best known today, at least in graduate-level philosophy classes, by the puzzles he poses to theories of language and identity. Beerbohm is the author of, and appears as the author in, the short story “Enoch Soames,” in which Enoch Soames, an aspiring artist and bon vivant, dispirited with his contemporary currency, makes a deal with the devil regarding his posthumous reputation. Enoch jumps 100 years into the future into the British Library of 1997, and promptly looks himself up. Ironically, the only reference to him is in a short story by one Max Beerbohm, in which the character Enoch Soames, an aspiring artist and bon vivant, makes a deal with the devil to jump forward 100 years to look himself up… Just before being swept away to his inevitable fate Enoch returns to his own time, cursing his friend Beerbohm before disappearing in a puff of smoke. Beerbohm concludes the story with an appeal to the gentle reader to evaluate it as non-fiction. And so what are we to make of this Max Beerbohm, whose strongest currency today is as the character “Max Beerbohm” in the short story “Enoch Soames” — an aspiring artist and bon vivant who desires a certain surety regarding his posthumous reputation…?

On his or her birthday, HiLobrow irregularly pays tribute to one of our high-, low-, no-, or hilobrow heroes. Also born this date: Dave Chappelle, Jorge Luis Borges, Howard Zinn.