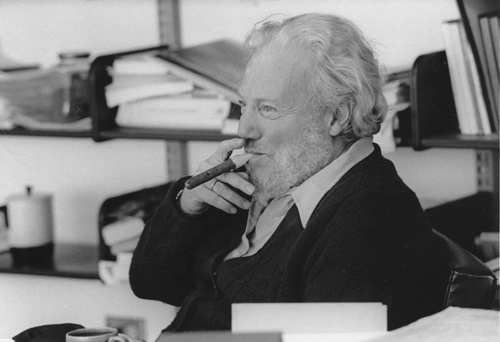 LESLIE FIEDLER (1917–2003) extended the American frontier simply by writing about it. His critical voice resonated with intellectual heft and incessant chutzpah. Before the “bromance” and slash fiction, Fiedler’s 1948 Partisan Review essay “Come Back to the Raft Ag’in, Huck Honey!” posited Huck Finn and Jim as but one mismatched duo pregnant with homoerotic possibility in American literature. Fiedler’s illuminating and provocative Love and Death in the American Novel was an atlas of wounded wanderings in the American literary imagination and a lodestone for generations of scholars and authors who would later light out for the territory. In the preface to the second edition Fiedler imagined his magnum opus as “a kind of gothic novel (complete with touches of black humor) whose subject is the American experience recorded in our classic fiction.” Fiedler explored a fluctuating canon in essays like “The New Mutants” and “Cross The Border—Close The Gap” (wherein appears the term “post-Modernist”). He sparred with William F. Buckley on Firing Line back when literary critics were considered occasionally telegenic and found commercial success with Freaks, his study of the teratological in popular culture. He championed Harriet Beecher Stowe and Philip José Farmer, comic books and science fiction. Like the Jack Kirby of literary criticism, this irascible Newark, N.J.-born professor and critic forged an iconoclastic cosmology out of a love of outsiders and his mythopoeic fascinations with America. His disdain for “middlebrow” had as much to do with its lack of mythic consequence as its lack of artistry. He wrote that “mad” is “a concept that one desiring to deal with contemporary literature must learn to regard as more honorific than pejorative.” More than any other critic, Fiedler taught us how to appreciate the madness of American fiction.

On his or her birthday, HiLobrow irregularly pays tribute to one of our high-, low-, no-, or hilobrow heroes. Also born this date: Mississippi John Hurt, Jonathan Williams, Richard Fariña.