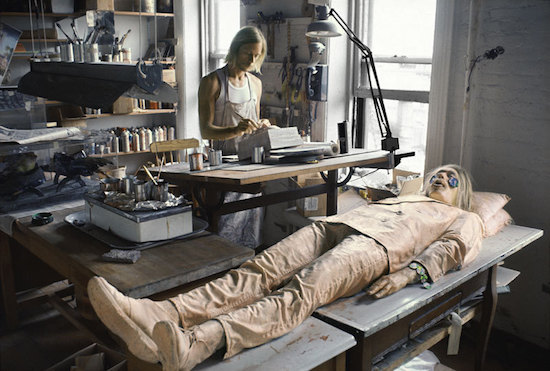 PAUL THEK (George Joseph Thek, 1933–88) made art devoted to the ephemeral, the corporeal, and the sacramental. At his most golden and glorious, the contemplative and nomadic Brooklyn-born sculptor, painter, and installation artist had been a screen-test subject for Andy Warhol in 1964. Thek’s own work took a different view of bodies. A visit to the Capuchin Catacombs of Palermo inspired his Technological Reliquaries (1964–67). Encased in Plexiglas vitrines, these wax models of severed limbs and sinewy hunks of flesh blooming with hairs and tubes were grotesque and engrossing. It was as if a fetishistic artist from a Cronenberg film had stumbled back into the age of Pop. One “Meat Piece” was placed impudently within a Warholian Brillo Box. Robert Smithson recognized Thek as a fellow traveller in the entropic. Mike Kelley adopted him as a muse. Susan Sontag dedicated Against Interpretation to him. A friend and mentor, Sontag at one time desired to marry Thek and have his child; instead, she paid tribute to him after his death from AIDS-related illness with another dedication in AIDS and Its Metaphors. Thek fashioned immersive installations, reworking his sculptures at night throughout an exhibition’s run. The artist’s acme and albatross was The Tomb, also called Death of a Hippie (1967). Artforum declared The Tomb “a monument which may easily prove to be one of the unanticipated yet representative masterworks of American sculpture of the Sixties.” Later lost and likely destroyed, an effigy of the artist himself lies in repose within a pyramid, a countercultural adytum. What was preserved in Thek’s Tomb is not a body but a vanishing time period, a decaying dream. 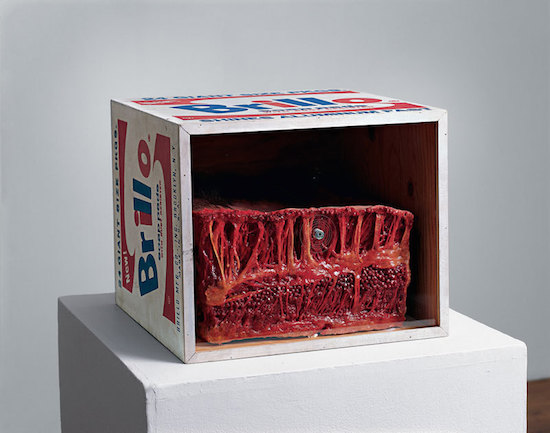 On his or her birthday, HiLobrow irregularly pays tribute to one of our high-, low-, no-, or hilobrow heroes. Also born this date: Gershon Legman, Steve Ditko.