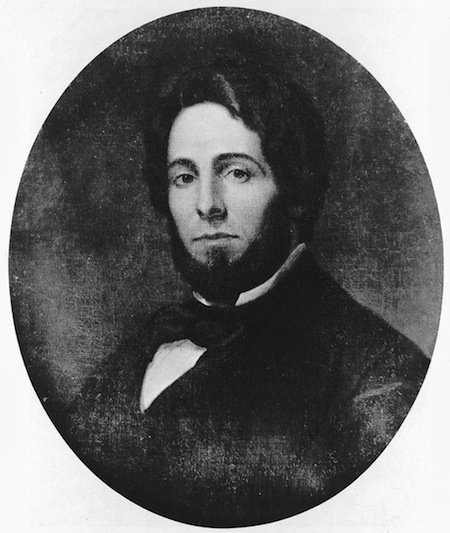 “I love all men who dive,” HERMAN MELVILLE (1819–91) wrote in an 1849 letter to his friend Evert Duychinck. Two years later, Melville published one of literature’s deepest dives, Moby-Dick. Known for seafaring yarns like Typee where he recounted jumping ship in the Marquesas Islands to live among cannibals, Melville’s plunge into the depths did not initially reward him with readers. His correspondent Duychinck characterized his magnum opus “an intellectual chowder.” As cosmological as cetological, Moby-Dick is the whole world bounded in the nutshell of a whaling ship. Melville is the patron saint of fiction of oceanic scope. Inspired by Robert Burton and Thomas Browne, he is America’s first encyclopedic novelist, marking a path to Pynchon and Vollmann. His mystically indomitable Ahab is resplendently antiheroic. Melville created a very different yet equally enduring figure of revolt in the story of Bartleby, the Wall Street office scrivener who “would prefer not to,” an American Oblomov whose impassive mantra was his weapon of (no) choice. Aboard the Pequod (Moby-Dick), the San Dominick (Benito Cereno), the Fidèle (The Confidence-Man), and the Bellipotent (Billy Budd), Melville charted a course around identity and society, justice and madness. He investigated the chthonic tumults churning beneath the sea and within men’s minds. “HERMAN MELVILLE CRAZY,” announced one headline for a review of Pierre, the anguished novel written after Moby-Dick and its discouraging reception. Melville dove into poetry: the Civil War-surveying Battle-Pieces, the Holy Land pilgrimage epic Clarel, and the antiquity-minded Timoleon. Endeavoring to encapsulate Melville requires the meticulousness of a scrimshander. Whether demarcating the four cardinal points for writers everywhere (“Oh, Time, Strength, Cash, and Patience!”) or navigating the geography of the imagination (“It is not down in any map; true places never are.”), Melville instructs us in our own dives.

On his or her birthday, HiLobrow irregularly pays tribute to one of our high-, low-, no-, or hilobrow heroes. Also born this date: Pierre Bourdieu, Calamity Jane, Chuck D, and “Mother” Jones.