Big Data is all the rage. From the light-hearted rebranding of illustrations as ‘infographics,’ to the dark side of surveillance and privacy, data slouches across the headlines and through social media, from ourselves to our servers, seeking its virtual Bethlehem. 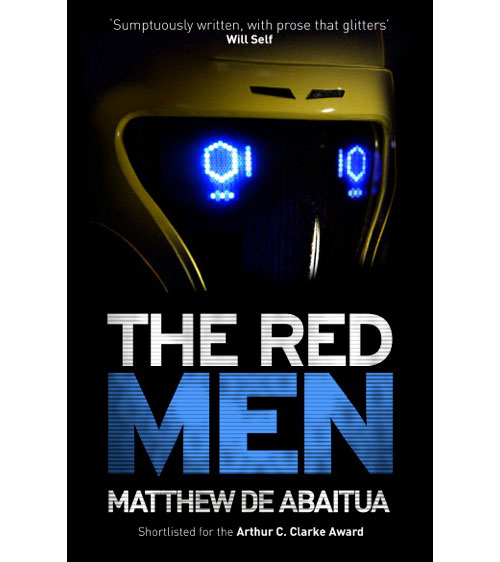 In friend-of-HiLobrow Matthew De Abaitua’s 2007 novel The Red Men, Nelson and his poet-buddy Raymond emerge pale and blinking from the delayed adolescence of late-90s zine bohemia into the real world, with all its heavy responsibilities, serious relationships, and vast, untameable forces.

In other words—they get jobs in advertising.

But not just any jobs, and not just any advertising. The enigmatically-named Monad hires them for their insights into creativity and the artistic soul—Nelson to organize the algorithms, and Raymond as a test group/content provider. To do this Monad relies on a iterative approach based on increasingly sophisticated virtual models. Data points focussed on desire and will—the drivers of advertising, or rather the low-level drivers of identity, off which advertising so profitably feeds—are organized into “red men,” digital avatars of the selves from which they are selectively sourced. The red men’s interactions are then studied and deployed, to the mutual benefit of Monad’s research and ROI.

But what emerges from a virtual id, its hour come round at last, might be a very rough beast indeed.

And so it proves. With hi- and lo-brow antecedents in Philip K. Dick and Ray Kurzweil, and other past and future influences ranging from Joris-Karl Huysmans, Rainer Werner Fassbinder’s World on a Wire, Second Life, and PRISM (with nods further afield to Shaun of the Dead, Minority Report and perhaps even a little Royston Vasey), The Red Men conjures up the paranoid, tech-infested, manically-numerant familiarity of our future. A future familiar because it is also the paranoid, tech-infested, not-so-hidden source code of our today.

And like all the best science fiction, in which category The Red Men decidedly belongs, it’s not really about the robots. Technology—like theater, like language, like empathy itself—is a tool to investigate what it means to be human. The Red Men’s philosophical investigation into our everyday, earnest technophilia, and the virtual selves we so obsessively cultivate, an investigation infused with humor and subtlety, is a showpiece of the genre.

It’s the kind of book that begs for a series, franchising, and/or cross-platform expansion, because in addition to the thriller that comprises its core, The Red Men is a world, both outer and inner, that compels the reader to enter and wander at will. 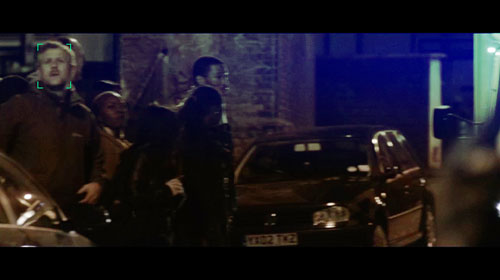 [De Abaitua’s cameo as “a Hackney denizen” in Dr Easy]

And wander we will, at least a little further, as this month The Red Men spawns several virtual avatars itself: an ebook (June 13); and the short film Dr Easy (June 21), an intensive expansion of the first chapter.

In De Abaitua’s turn, he has taken the step of seeing the expansion of his fictional universe, and raising it. For the ebook he pushed a close rereading of The Red Men into a substantial rewrite, and added transparency into the process. First appearing on harrybravado.com, HiLobrow is delighted to be able to present “The Red Men Edits” here. In the coming weeks this series will be offering interested readers a progressive look into a writer’s mind, as he wrestles with his characters, his editors, himself—and ok, maybe a robot or two.