Erik Davis, author of Techgnosis, Nomad Codes, [Led Zeppelin IV], and Visionary State, is a friend of HiLobrow. He is also a contributor: His 2010 “Pop Arcana” column for us on the Cute Cthulhu meme remains one of our most popular posts. We’re thrilled to publish ten of Davis’s essays which first appeared elsewhere; this is the eighth installment in the Nomadbrow series.

***
Liking It, As Is
Shakespeare on the Cusp

This appeared on my website in the fall of 2007

Last spring, with the last few weeks of my thirties draining away, I drove alone back to San Francisco from a music conference in Seattle, where I had given a talk on The Tower Recordings and the paradoxes of experimental folk music. I crashed with some friends in Portland, and left early in the morning so that I could catch a Shakespeare play in Ashland that afternoon.

It was a pretty beautiful drive, especially once I left I-5’s rank papermill purgatory and hit the lush southern folds of the state. I cruised through the hills and dales in a kind of anxious glaze, however, as the looming brand of 40 had me grinding through the worry beads of my life with more morose vexation than usual. My accomplishments, it seemed to me that day, did not the mustard cut. Though the feeling itself was as predictable as clockwork, I was still struck with the sense — made even more poignant or at least absurd by the perpetual adolescence that I share with so many of my generation — that I had not lived life to its fullest as a young man, and was now no longer young. 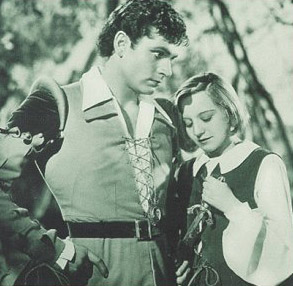 I am by temperament a history and tragedy buff, but the play I chanced to catch that afternoon was “As You Like It.” As I shuffled into the hall and took my seat, I recalled little more about the play than a forest, the cross-dressing Rosalind, and a bunch of weddings at the end. As I idly flipped through the program, I gradually became aware of the peculiar fact that the surrounding audience was almost completely divided between old people and teenage school kids. I suppose that those are precisely the class of humans you would expect to see at the theater at 1pm on a weekday, but it still unnerved me. My peers were all elsewhere, gainfully employed, supporting families, taken by their creative muse.

I turned to look for compatriots in the rows behind me, and my glance fell on a girl in a white dress who sat behind me. She was about fifteen years old, and had accessorized the vestal look that day by placing a white flower — a peony I think, I don’t know my flowers — in her neatly coifed straw-blond hair. She was pretty, without a doubt, but in an abstract, flowery way, too young and wide-eyed to stir any desire that was itself not already abstract — a desire composed not of attraction but of the wish to be young enough to actually warrant such a bond. Then a sickly sweet odor hit my nose, and I turned to its source: a blue haired biddie who sat two seats down from the nymphet, one of scores of old folks bussed in for the afternoon. I don’t know what the smell was — some sugary perfume or laundry detergent or peculiar brand of mothball — but I faintly gagged.

I turned to face the empty stage and the full force of Time hit me like a two-by-four. Here I was, halfway through life’s journey, poised on the dizzy summit of my life’s parabola, gazing at the far limits of the curve at either end. On the one hand, the taut white bud of an impossible youth and, on the other, the cloying decay that draws it and us inevitably into the earth, that will swallow up me and my beautiful wife and all the women and men I love. Then the hall darkened.

Good thing the show was a comedy — and a deeply entertaining one at that. As is often the case, the Ashland company decided to liven things up by setting the play far from the Renaissance, and had settled upon America during the Depression. The early flapper scenes in the court didn’t work so well, but things picked up considerably once Rosalind, Orlando, and crew fled to the forest of Arden. There we met the good exiled Duke Senior, whose opening “sweet are the uses of adversity” speech reminded me, on that pregnant and difficult day, that suffering too is a kind of self-discovery, that the discomforts of life, in the forest and elsewhere, are “counselors / That feelingly persuade me what I am.” 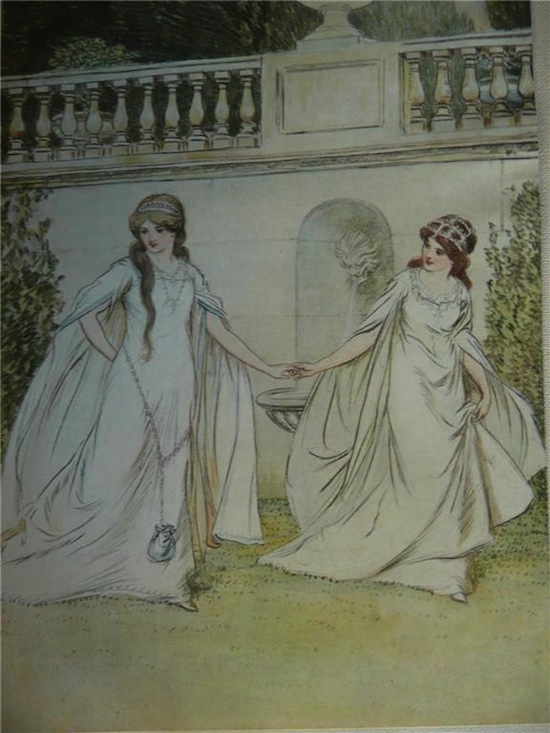 But this flash of recognition was nothing compared to the subsequent appearance of Jacques, the Duke’s musing melancholic anti-fool. Jacques, as people who actually know their Shakespeare would have recalled right off the bat, is the mouthpiece for the famous “all the world’s a stage” monologue, a bitter little rant about the ages of man that, when it was delivered by the snooty grouch who embodied Jacques that day, sent massive, almost psychedelic shudders down my spine.

And one man in his time plays many parts,
His acts being seven ages. At first the infant,
Mewling and puking in the nurse’s arms…

Not only did Jacques’s meditation echo my own sense of dire transition, but it triggered the forgotten fact that I had memorized and performed this very monologue when I was in elementary school, not too much younger than the kids sitting near me. That was back when I was “the whining schoolboy with his satchel,” and now, hearing the full speech again decades later, I was lost somewhere between the soldier, “seeking the bubble reputation”, and the half-assed older judge, “full of wise saws and modern instances” — instances like these you are reading about now, I suppose, and that make an afternoon at the stage a wise allegory of loss and return. 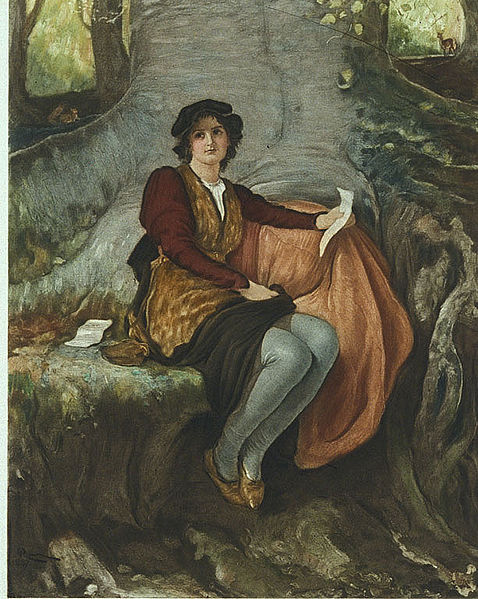 The play itself is, I discovered, all about time. The world of court is the world of clock-time, of duty and exchange and production, while the free forest of Arden is a pastoral glade of timelessness, or at least the different kind of time that comes to lovers and shepherds and other acolytes of the imagination. Orlando says to the disguised Rosalind, “There’s no clock in the forest.” Rosalind replies that “Time travels in divers paces with divers persons.” This kind of relativity reminds us of the plasticity of duration, and especially those interior modes of time — mystic glimpse, ardent gaze, sexy dancing — that elude the objective clocks of the actual world, the grinding time of measurement that the fool Touchstone captures when he says:

Jacques’ seven ages speech is itself such a hanging tale, and its fateful seriality is of a piece with that melancholy that the character maintains despite living in the Arcadian forest, with its ardent echoes of Eden. Jacques’ melancholy is of a piece with his anguished consciousness of time as an assembly line, or a disassembly line, at the end of which all pleasure and love and dream spills into the pit of mere oblivion, “Sans teeth, sans eyes, sans taste, sans everything.” Et in arcadia Ego.

My day already seemed proof of Jacques’ rhetorical momento mori, but as he finished his brief monologue I flashed on something subtler, or at least more personal: that my young choice to soliloquize such a jaded breakdown of life reflected an early intuition that, like Jacques, I too would spend a lot of my life with Saturn on my ass. But from that vantage I could also see that melancholic affirmation as a kind of choice, a self-making, the way I sometimes pretended to have a limp as a kid because it seemed to lend a strange and elevated character to the tedious business of walking from here to there. It was not that I was damned to be Jacques — only that, on days like today, I continued to play him. 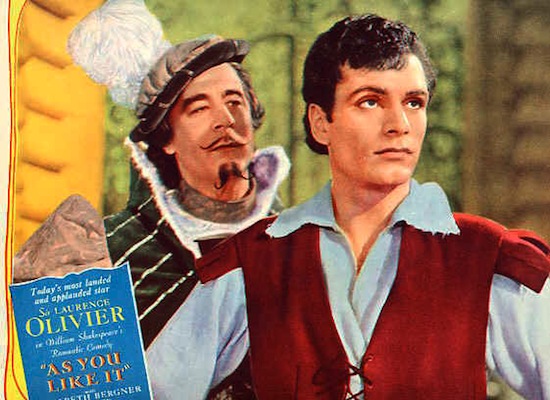 And I could see it that way because the play itself treats time as play, as love-play or Hindu leela, a forest frolic made sacred and good in its ritual repetition as a play, a whirligig of wish fulfillment, the eternal return of those escaped slaves who “lose and neglect the creeping hours of time.” This is deep comedy: not the assembly line, but the dancing recurrence of hours of love or their echoing analogues, as if all ritual was a kind of comedy, an affirmation of desire — not just as you like it, but as you will, so mote it be — and all this cast spinning across the worn shoproom floor of days and decades like a ring dance or a top, round and round and round she goes, and all we know is nobody knows.