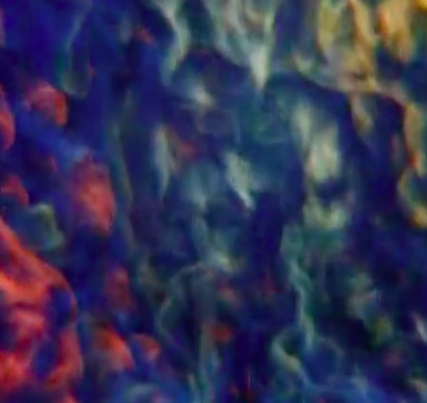 Belson was another San Francisco mystic, a hermetic film artisan who probably did more yoga and meditation than anyone else on this list. His films, which relied on mechanical and light effects created on a homemade optical bench, erode the distinction between crafted images and altered states, and they hit your eye with an intoxicating quality at once cosmic and intimate, as if he somehow managed to draw you into his inner sensorium.

As Belson himself said, Samadhi “is intended to be a real documentary representation, as accurately as it was possible to make, of a real place and a real visual phenomenon that I perceived—just as I am looking at you right now.”