Erik Davis, author of Techgnosis, Nomad Codes, [Led Zeppelin IV], and Visionary State, is a friend of HiLobrow. He is also a contributor: His 2010 “Pop Arcana” column for us on the Cute Cthulhu meme remains one of our most popular posts. We’re thrilled to publish ten of Davis’s essays which first appeared elsewhere; this is the seventh installment in the Nomadbrow series.

***
The Hashish Eater
The witchery of words

When I was a strange young teen, I wrote ornate and old-fashioned poems haunted by images of demons, wizard scrolls, and implacable fortresses. Matthew Greenfield, a sophisticated chap I knew at college who later became a professor of English, was guilty of a similar sin, which he called “Dungeons and Dragons poetry.” Though I didn’t play much D&D, I did read a lot of weird fantasy stuff from Robert E. Howard, Fritz Leiber, Michael Moorcock, and, of course, H.P. Lovecraft. These purple prose monarchs, whose similes and descriptive passages shone with the crepuscular light of corpse-fed fireflies, lorded over my imaginal life for a few years, and infected the verse I wrote for creative writing classes and for my pleasure. You, dear reader, are happy that I am loathe to disinter them from the sepulchral Office Depot containers moldering in the dank and fetid corners of my necromantic storage space. They are, one might say, o’er-wrought.

But not a smidgen as o’er-wrought as the amazing poetry of Clark Ashton Smith, the California poet and fiction writer who, along with Howard and Lovecraft, wrote his weird stories for Weird Tales, mostly in the 1930s. Because of the alienating purpleposity of much of his prose, Smith is an acquired taste, even for those of us who love the genre. Though lacking Lovecraft’s conceptual ingenuity, Smith mitigates the crudities of the pulps with exotic mise-en-scène and dark Romanticism, and a small and devoted following has made sure that at least some of his work has remained in print over the decades. Recent years have seen a small explosion in CAS studies and reissues, including a new Hippocampus edition of his greatest poem, “The Hashish-Eater,” which was published in Smith’s 1922 volume, Ebony and Crystal.

Long before Smith started to crank out pulp tales, peppered with neomedieval landscapes and obscure locutions worthy of early Cormac McCarthy, Smith was a well-considered poet, at least in the hinterlands that was the California poetry scene in the early twentieth century. His mentor was George Sterling, a handsome San Franciscan bohemian who wrote highly regarded poetry in a mannered and late romantic vein that makes it almost unreadable today. Important exceptions must be made, however, for Sterling’s fantasy verse, in which late romantic excess is a plus. His poem “A Wine of Wizardry,” which clearly inspired “The Hashish Eater,” is a classic visionary freakout, and more satanic than you might expect for a 1909 California revery. 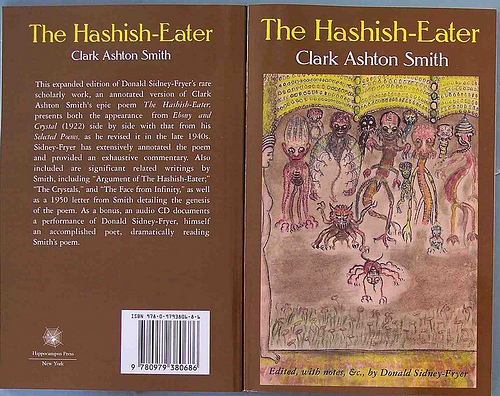 “The Hashish Eater,” however, is in an altogether different kettle of kraken. Though Smith later experimented with drugs, the hashish in the title is simply an excuse to unleash the poet’s audacious visionary capacity. “Bow down,” goes the first line. “I am the emperor of dreams.” And dream he does, for nearly six hundred lines of unrhymed iambic pentameter, a procession of nightmarish, demonic and obscure imagery that is occasionally arresting and frequently opaque.

Smith’s images are powerful as much for the overwhelming claustrophobia and rate of attack as for their inventive details. The poet is particularly powerful at communicating the metamorphic “speed of horror-changéd dreams,” as images rapidly flow, twist and transform, like the flowers that “about me turn to hooded serpents, swayed / By flutes of devils in a hellish dance.” He also taps a genuinely cosmic vein that recalls the second half of William Hope Hodgson’s The House on the Borderland. At the same time, the poem’s endless series of galactic cataclysms and Babylonian B-monsters and Cyclopean architectures, of “spleenful pygmies” and “Uranian sapphires fast in frozen blood,” can really tucker you out. These images do not let your forget that, a lot of the time anyway, our wildest visions are accompanied by nausea, fever, and existential wooze.

While “The Hashish Eater” is clearly a document of visionary experience, the nature of that experience seems less druggy or hypnagogic than literary. Language itself is hallucinating in Smith, a language that is deployed not to transparently evoke visual images or narrative scenes in the reader’s mind’s eye, but rather to overwhelm the reader with a dense and erudite procession of arcane vocabulary and archaic syntax, like a parade of visiting dignitaries from afar. Early in the poem, for example, Smith sets us up for all the visions to come by establishing the expanded consciousness of the hashish eater:

Supreme
In culminant omniscience manifold,
And served by senses multitudinous,
Far-posted on the shifting walls of time,
With eyes that roam the star-unwinnowed fields
Of utter night and chaos, I convoke
The Babel of their visions…

The visions that come through the hash-man’s “senses multitudinous” — whatever those are, exactly — produce a Babel, or a babble, which is pretty much how I read a line like “In culminant omniscience manifold.” This is not the brouhaha of meaningless syllables — Kenneth Grant’s “cult of barbarous names” — but the obscurities and ancient flotsam of our own English tongue: specialist jargon, deeply obscure mythological references (, anyone?), and synonyms long ago left to die at the roadside. 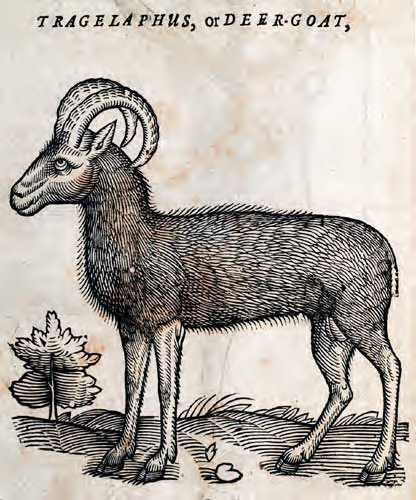 Drawing from whatever encyclopedias and dictionaries he kept stored in Auburn, the Sierra Nevada town he lived in most of his life, Smith wrote prose that was almost literally ornate — so gobbed with oddities, adjectives, and polysyllabic sounds that the prose itself thickens into an encrusted ornament, like a verbal Gustave Moreau painting. No wonder Smith is so drawn to the language of precious stones and colorings — “alabraundines,” “amaranthine,” “erubescence.” His prose is bejeweled in a manner that fascinates the mind, and that most students of twentieth-century modernism would find atrocious.

But Smith is a frequently brilliant writer, although it is hard to say how intentional he was about some of the effects he was creating. The effect that interests me in this poem is how its coruscating language, these clotted phonemes and obscure but tantalizing meanings, come to stand in for the visions themselves. The alienating otherness of darkside visionary experience becomes the alienating otherness of this hermit autodidact’s verbal compulsions. This is the poem’s ultimate decadence, its deepest anti-romantic irony: the very language of vision undermines the reader’s own imaginative capacity, sending him to a dictionary, or to the helpful glossary by the poet Donald Sidney-Fryer included in this edition. Smith’s gaudiness, so apparently old school, is the precise point where he secretly shares in a lingo-haunted modernism marked with exhaustion.

Towards the end of the poem, a kind of clearing occurs. The hashish eater finds himself on an empty desert, a “broad black plane of adamant” that leads towards a great cosmic cliff. Here everything pours into a fathomless void beyond the ken of all gods and demons. It is as if Smith wants to depict the nothingness that haunts this overstuffed poem and actually motivates its verbosity, the much-too-muchness that fills in a literary horror vacui. This is the great horror that Smith, along with Lovecraft, glimpsed: that there really was no ordering principle in the universe, no pivot of creation, but only a vast atheistic cosmos more horrible in its meaninglessness than any demonic scenario.

In the end, though, the hashish eater quivers on the brink. Staring into the depths, he does not finally confront the naked void, that implacable interstellar maw that swallows all language, all images, all narratives. Instead he sees a bright light, the light of a million moons, and behind that light a “huge white eyeless Face.” This is a repulsive image to be sure, but given how far Smith has come, it seems an almost humanist cop-out, like the mother’s face returned, only wearing a monstrous mask. Though Smith has brought us to the verge where visions finally exhaust themselves, he provides an image where images must finally decompose into meaningless noise, and blankness is all.