HiLobrow salutes its March AiRs, Mike Fleisch and Alix Lambert, as they reach the end of their official residency.

To close out their term, the AiRs have completed a final game of Exquisite Corpse (see Mike and Alix’s first Exquisite Corpse, and HILOBROW’s Exquisite Corpse collection). This time, they were given three general themes, Animals, Time, and Rights & Wrongdoing, and asked to write one side of a dialogue for each, independently of one another. These lines were then combined into conversations, the results of which are collected here below. Enjoy! 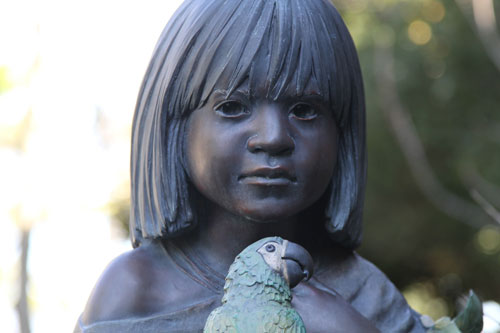 Please understand, it’s not that the reproductive advantage for high-functioning communicators will go away completely or immediately. These processes churn along through generations, periodically removing a little toe or adding spots. Millennially giving and taking away. Agreed?

I never met a bear.

They’re thousands of years into a general fine-tuning of face muscles, all that little stuff they learned to do with their eyes, the lingual flips and acrobatics, lip crunches, forehead-wrinkling, tooth-precision. Mostly without thinking about it, all based on in-person interaction. And for the first time it’s becoming less useful. Is this making sense?

Eighteen years old, and she has the judgment of a turtle!

We have amassed data. You literally wouldn’t believe the numbers on what a tremendous genetic asset long, skinny fingers are about to become for them. That’s on multiple fronts, now. Potential mates assessing desirability based on how quickly a response is typed and submitted, drunken eyes wandering unbidden down the sleeve of a future lover, hoping for a glimpse that confirms suspicions of digital prowess. Say, those are broad cheek pads you’re sporting… Where did you say your family was from?

Take the herbivore out of the equation, and what are you left with?

Point is this: the subtleties of human communication are shifting from eyebrow furrows and larynx modulation to asterisks and emoticon choices. Now, I am 7.2 years old, and I will raise and socialize any resulting offspring without assistance. Here, darling, get a good deep breath of this. Now count to ten. Okay, breathe. Now say something. Come on, say something, sugar.

Mmnhh. I never met nobody like you. That was some crazy… Don’t let me catch your mug in this neighborhood again, hear? Mwah.

So what stops them from taking over the world? 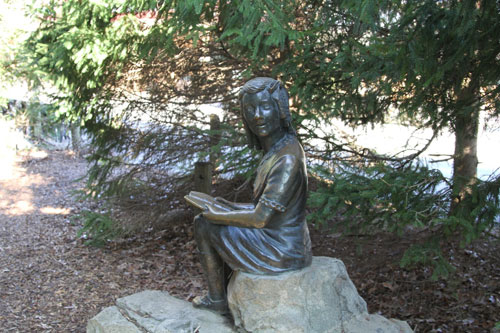 Sweetie, after thirty, it’s all down hill. You know that, don’t you?

Quantified time yields its own pleasures, but now are we counting up or counting down? Is this how long can you stay under water or how long until liftoff or the turkey’s done? I’m going to illustrate. Let me tell you about my only date with Al. Al was a producer of television.

You might as well start packing up the boxes, tying up the loose ends, attending to the details, putting your sundries away.

Dinner, home. Al took me into the living room, sat me on the couch, glanced up at the clock, and with a wicked smile says, eleven thirty-one. It was 1109. Right? Me or you, I said. You. By then, or exactly? Exactly. Okay. And I’m not talking about the thrill of ceded control… I mean, that’s in there. But, no, this makes me think there’s some part of us that’s starved for precision, for submitting like a keyblank to the grinder.

Nothing good happens after 3am.

I remember I kept checking the clock, which had been transformed into a machine that measured something else entirely. Transformed. But more than that it was a tremendous gift, and a little timeless prison, as she was aware. I’ve been married now 17 years, and I love my wife. I’m even attracted to her. But I can’t watch the 22 minutes of sitcom proper without heavily heavily thinking about Al. She knew. I don’t care if, or that, she did that with everybody. This is the opposite of something I would want all to myself. She was a television producer, for Christ’s sake.

You know, back in oldie-times.

And the verbs associated with this thing we’re constantly measuring — fly, pass, go, march — suggest wind, and something military and powerfully moving. Places it in the camp with Kamikaze. Blitzkrieg. Did Italy ever contribute to the language on this front? The fascists… Did they even try?

I’m not staying, I was just passing through.

But they sold a lot of those countdown clocks in 1999. The blue, with no buttons. Very poor batteries. The profound difference between counting up and counting down — is a fabrication. Of course. But, in practice now, midnight on one one two-thousand isn’t arbitrary. In the same way that zero isn’t arbitrary. Once we decide it’s meaningful, it is. We can’t be wrong. 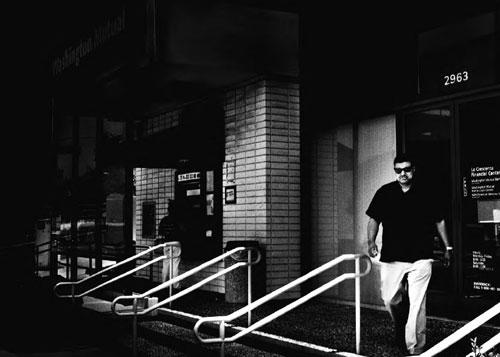 But your honor, if you will indulge me a moment… and allow me first to beg acknowledgement that there’s a ton of squishiness to all this that dark-stained oak pilasters tend to obscure. I mean the squishiness that was written about and agreed to decades ago by people other side of the aisle who think about this ALL the time. And I can see those little round glasses on the bench, your honor, so please don’t give me that look like you have no idea what i’m talking about. Ça va?

There’s six or seven unbelievably tight and persuasive personal stories I could tell right now that would start to expose some fissures in what I can see feels like a real strong case. I mean, how often’s a CEO acting as his own attorney? However. Planes are being refueled, customers are expecting responses, business cases are awaiting sign-off. So, jumping ahead…

Okay, I fully admit that we broke the law, and furthermore, we were — not unaware. In fact, full disclosure, please the court, more forthcoming than we need to be, this all started with a tax loophole that y’all created. Steve Thompson vaguely remembered making a mental note to exploit this or that provision, lines started blurring, and in a few hours, we had a proof of concept working draft. Which, all credit to ops and the sponsor team, changed very little and was executed perfectly. Legal was in. The. Room.

My mom kept crying and begging him not to hit me.

Specifically what you should not feel bad about not knowing is the huge — the enormous — lobbying effort we undertook to ensure that this very kind of thing will become legal midnight five dot one oh twelve. That squishiness I mentioned will grow quite firm indeed as this “act of questionable moral judgement” gets extremely legal, admirable even; it’s a sea change, a paradigmatic shift with, literally, a hundred million dollar budget, once you count PR, print, TV, so on. We were all laughing about it… the spend is a hundred, million, dollars. To marginally support our net promoter score. To make sure a kind of small number of people like us. I mean agree or disagree, it’s hard to not be kind of amazed by that figure.

I came up around elders that instructed us how things was done. If I continued the bullshit I was going to be dead or in jail or paralyzed.

In conclusion, I have received assurances that our people were successful, and short of an actual, physical go-ahead of some kind from NYPD, understanding the likelihood that this will all go away in a month no matter what you guys come up with here today, we…

My father eventually quit being a pastor. The noblest thing he ever did in my entire life: he came home one day and said: ‘You know, if I want to be a servant of God, I have to have my home right before I can go to church, and my home life isn’t right, so I need to leave the ministry.’ That was like the only ethical thing he had done in my eyes.