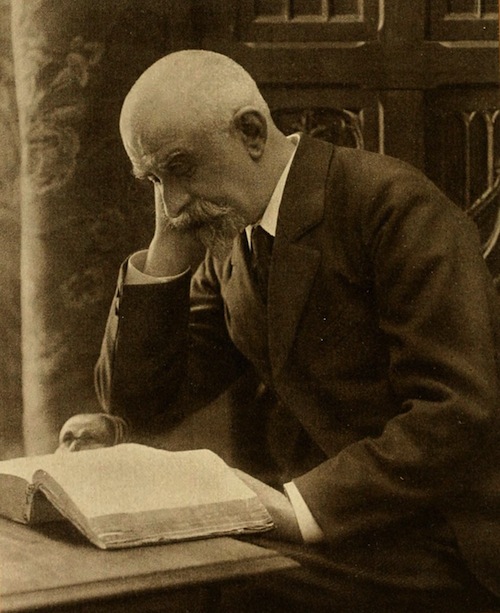 His childhood had been beset with perils. Threatened with scrofulous affections, worn out with persistent attacks of fever, he had nevertheless successfully weathered the breakers of puberty, after which critical period his nerves had recovered the mastery, vanquished the languors and depressions of chlorosis and permitted the constitution to reach its full and complete development. The mother, a tall, silent, white-faced woman, died of general debility; then the father succumbed to a vague and mysterious malady.

She died of general debility! He succumbed to a vague and mysterious malady! He vanquished the languors! The Gashlycrumb Aesthetes. Heaven knows I have scrofulous affections now.

Huysmans’ early novels were Zola-approved works of Naturalism, gritty pictures of grimy lives framed out by inescapable societal injustice. Punkishly digging in his heels and determined to write about something other than The Common Man and his class-derived determinism, Huysmans wrote a fuck-you note to the 19th century with no hope of success. It was a scandalous hit. À rebours belongs to the high canon of decadent/aesthetical work alongside Fleurs du Mal, The Picture of Dorian Gray, Pater’s The Renaissance, and the drawings of Aubrey Beardsley. The book itself is not only a dandy’s handbook for proto-goth living (including, “How to Create a Poisonous Garden” and “How to Serve an Entirely Black Meal”), but a syllabus. Huysmans’ main character, Des Esseintes, rejects the Romantics while praising Baudelaire and Verlaine, pushes aside Virgil in favor of Petronius, and advocates gloomy, ghoulish writers like Barbey d’Aurevilly and Auguste Villiers de l’Isle-Adam. Such negation is part of the painful, necessary excision of art from moral utility; a rift that allowed Modernism to emerge. It isn’t just Dorian Gray who was handed a copy of À rebours in a yellow cover. When William Burroughs undertook educating the young Mssrs. Kerouac & Ginsberg in Harlem in 1948, he used Huysmans [with whom Burroughs shares a birthday — ed.] to introduce the very notion of a counter-canon.

On his or her birthday, HiLobrow irregularly pays tribute to one of our high-, low-, no-, or hilobrow heroes. Also born this date: Charlotte Rampling and William Burroughs.