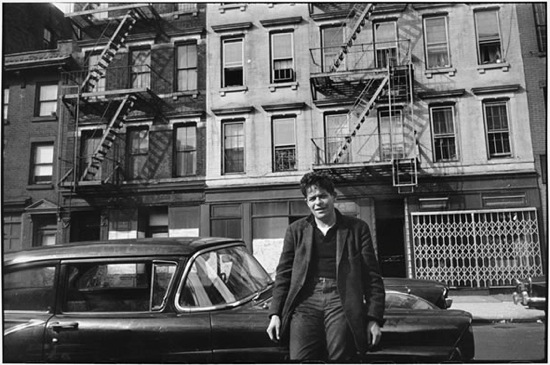 “When I look at photographs I couldn’t care less how,” said master photographer GARRY WINOGRAND (1928-86) — just one of his many tossed-off comments that sound like aphorisms today. Raised in the boisterous Jewish Bronx, Winogrand served in the Army Air Force in 1946-47, returned to New York, and took various art and photography classes and began commercial work — mostly journalism — in 1951. While this early work is interesting, it’s relatively anonymous; Winogrand’s artistic concept awoke in 1955 when, prior to a cross country drive, the exceptional photographer Dan Weiner gave him Walker Evans‘ epochal 1938 collection, American Photographs; coincidentally, Robert Frank was also on the road, shooting what became, in 1959, The Americans. (“After seeing these pictures you end up finally not knowing any more whether a jukebox is sadder than a coffin” — Jack Kerouac). Indeed, what Frank was to Eisenhower, Winogrand became to Kennedy: he shot the 1960 Democratic National Convention and did some of his greatest work during a 1964 road trip, including a stop at Dealey Plaza (both below). Winogrand’s profile increased with the 1969 publication of his first book, Animals (a Bronx Zoo boy’s revenge) and in 1973, he moved to Austin, where he taught for five years before moving to Los Angeles. Critics have generally denigrated Winogrand’s later work — of which he shot far more then he ever developed — as haphazard but by winter 1984, it was moot: the pain was inoperable cancer. What happened? “My intention is to make interesting photographs. That’s it.” 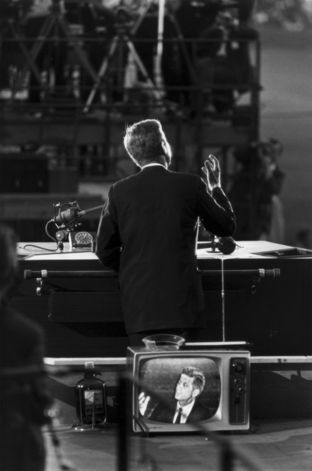 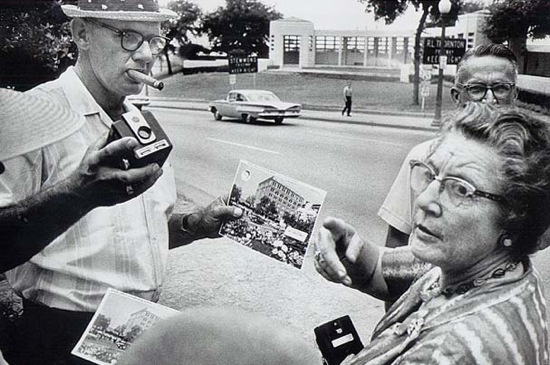 On his or her birthday, HiLobrow irregularly pays tribute to one of our high-, low-, no-, or hilobrow heroes. Also born this date: Slick Rick, John Dos Passos, and Yukio Mishima.