Drawing a blank at “performance art”? Turning down Verfremdungseffekt because you’re not into subtitles? Think about the avant-garde, if you think about it at all, as an art-historical accident of Modernism, something to be waded through, like seaweed, until you can get out to some decent waves?

Then it may come as a surprise — and later, recognition — that you’re doing it every day, at work. 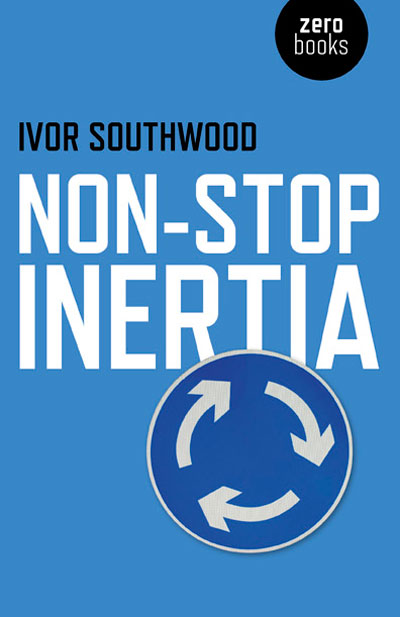 Deploying a series of temp jobs as an analytical fulcrum, Ivor Southwood demystifies the precariousness of the global economy in his tightly-argued, book-length essay, Non-Stop Inertia.

A sort of low-level or latent precarity, as experienced by myself and many others, is now a fixture of everyday life, both taken-for-granted and uncanny, immanent and untraceable; a vague electrical hum, hardly worth mentioning, too trivial to be worth complaining about (“it’ll only be for awhile”, “at least I have a job”, “it’s the same for everyone”, “that’s just the way things are”). Especially with the guillotine posed over public services today, this repressed anxiety is fast becoming the norm; jobs dissolve into “Apprentice”-style compete-or-die self-marketing exercises, with the social purpose of the institution practically forgotten.

You’re working it not just in the workplace — the demands for believing in the system, for selling yourself back to your own employer, for ducking the threats of downsizing, reorg-ing and outsourcing, for negotiating the musical-chairs model of threatened unemployment imposed by the mutual interests of global capitalism and shareholder value — these demands, even as you may recognize the inherent futility of compliance, do not stay at work when you punch out.

We bring our work home with us, and not just via smartphone and laptop. We bring home the embedded attitude, even when, or especially when, we are not working.

The digital workplace is also now conveniently portable and no longer restricted in terms of space or time. Technological innovation has created new mobile precarity devices: there is no escape from the discourse of liberation. For most people “work/life balance” is not a Sunday supplement vision of harmony and enjoyment, but rather an ongoing war against an alien force which threatens to vaporise them, and letting work roam free in the open sphere of social and personal life creates an all-pervasive 360 degree anxiety. The culture of flexibility and mobility imposes an ever-tightening grip on the individual who is always accessible by mobile phone, email or laptop, while at the same time this culture is re-packaged as a gateway to leisure, sold through an Advertopia of “seamless connectivity.”

Southwood argues that with the internalization of instability as the common feature of a post-Ford economy (Henry, not Gerald; although the latter does bookmark the last gasp of the older economic story), capitalism requires a performative front to be enacted by all of us, every day, in almost all aspects of life. And further, that this dissociation between a false front of positivity (flexible! available! seamless! service!) and the lived dread and emptiness of job- and income-loss, often coopts resistance before it is even conceptualized. Structurally, older forms of collectivized resistance, such as unions, have been unable to organize an atomized, intermittent, global workforce, one compelled to enact the performance of “emotional labor” 24/7.

The individual must exist in a state of constant readiness. Predictable income, savings, the fixed category of “occupation”: all belong to another historical world.

Big Brother doesn’t need to be televised when He can be diffused and internalized — the modern workplace (and its associated constellations of para- and non-workplaces, including the phone, job-seeking websites, employment agencies, and your commute) requires not only your labor, but your soul. And the more you give over to The Method, the more you become the role.

As consumers, feelings are foisted upon us whether we want them or not, and accumulate in our consciousness like psychic junk, so that eventually it becomes impossible to differentiate between the real memories and the corporate implants; and through work we are asked, as responsible citizens, to recycle and reproduce these emotion-commodities, to sell them on to others.

While some of the passages refer to specifics of the UK’s welfare state, the demystification extends to more Hobbesian societies like the US, China, and beyond. But crucially, Southwood stresses that this instability (both of the workplace, and internalized as anxiety) is neither necessary nor natural: instability is in service to an ideology. We never live outside of ideology, but ideologies are constructed, not grown; and thus can be dismantled and replaced.

In a final chapter Southwood suggests gaining some critical distance by recognizing and reclaiming the performative aspects of contemporary work qua performances. Air quotes, robot-like or mechanical gestures and speech, and the reclaiming of the subversive aspects of camp are suggested as opening gambits for contemporary Bartlebys whose employers simply dial-a-temp for a replacement when you “do not prefer.”

Read this lucid, lively essay on your lunch hour, or on your commute home. If you must, hide the pages within an iPad cover, so it looks like you’re viewing a screen. It will be the most productive thing you’ve done all year. 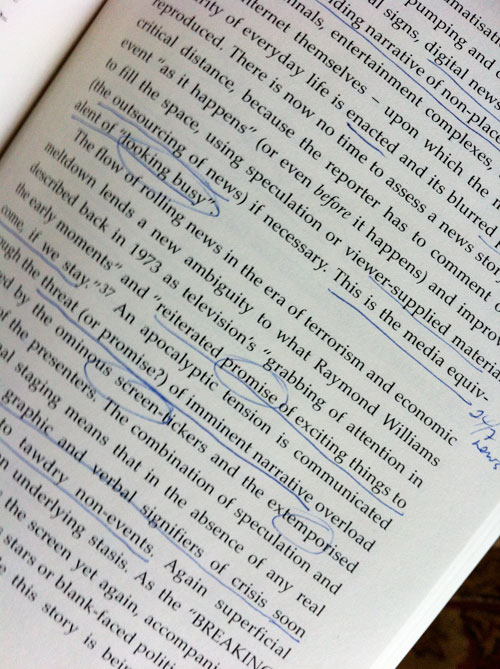