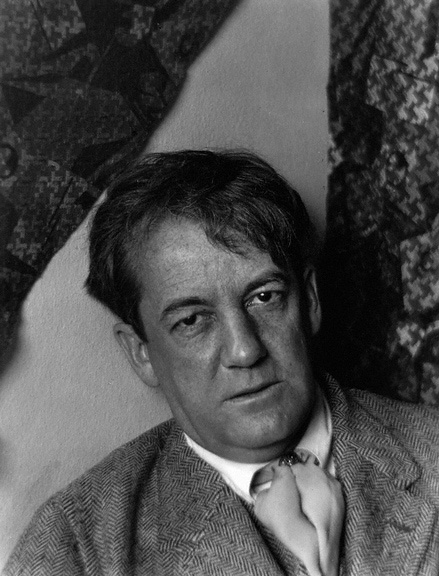 He was, observed Henry Miller of SHERWOOD ANDERSON (1876-1941), “The one American writer of our time who has walked the streets of our American cities as a genuine poet.” Indeed, following the Ohio businessman-turned-artist first two novels Windy McPherson’s Son (1916) and Marching Men (1917; “Defective but extremely interesting” opined H.L. Mencken), came Mid-American Chants (1918), a little known volume of aggressive, Whitman-derived verse. (In 1964, Jonathan Williams alloyed these words with the photography of Art Sinsabaugh to create one of American bookmaking’s most boggling productions: 1550 copies of a 27 1/4″ x 7 1/4″ spiral bound folio, see below.) Of the justly ubiquitous Winesburg, Ohio (1919), little needs be said except to note its brilliance yet obliterates decades of dreary teaching. For many ill-read critics, Anderson’s greatness ends there — the rest is apologia, including a mooted biography with dear friend Gertude Stein on their mutually beloved Ulysses S. Grant. Alas! If later Anderson visibly struggled to find new forms, the effort was nearly always rewarded. Edward Dahlberg, writing to Anderson in December 1939: “I have reread Poor White [1920]; it is a lovely, winged book, and dare say I don’t know of any writer living upon these wasted plains of Sodom whose mood, cadence, pollened, fruity prose as is close to me as yours.” Charles Bukowski, near the end of his own life: “Sherwood Anderson knew something. He had the instinct.” 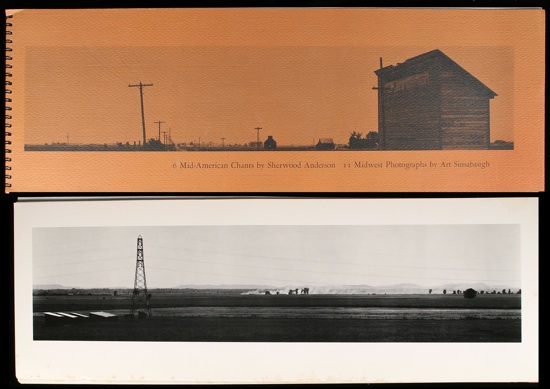 On his or her birthday, HiLobrow irregularly pays tribute to one of our high-, low-, no-, or hilobrow heroes. Also born this date: Roald Dahl.

READ MORE about members of the Psychonaut Generation (1874-83).