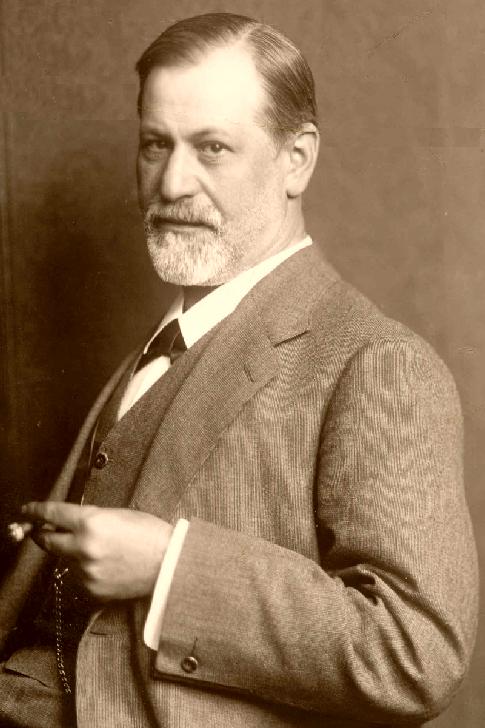 SIGMUND FREUD (1856-1939) became a doctor in his typically iconoclastic way. Like Oedipus, whose syndrome he named, he slayed the father (medical practice) to establish a new kingdom (psychology). Prior to Freud, diseases of the mind were treated bodily, with water cures, electrotherapy, and hypnosis, all of which Freud tried early on. But his breakthrough was to see the mind as a linguistic construct, assembled through images and understood through language. However Freud never ignored the body — he midwifed the Modern era from the Victorian by identifying sex as the root of all motives, even in children. He divided the mind into conscious (ego) and unconscious, the ego being a tiny beachhead at the edge of a powerful, wine-dark sea, one to which we have only occasional and occluded access. And yet it is possible to plumb the depths and redirect some currents, with the stated (and uncharacteristically modest) goal of turning “hysterical misery to ordinary unhappiness.” During his lifetime Freud’s rule was hardly smooth — dissenting factions and usurper princes emerged almost as soon as psychology claimed its place on the map. Today’s advances in neurobiology and psychopharmacology would seem to bring the attempt full circle, as the body reasserts itself as the seat of mind. And yet even that is a metaphor, and metaphors are always susceptible to a rewrite. In connecting rewiring to rewriting, Freud showed us that the self is a text in need of an editor.

On his or her birthday, HiLobrow irregularly pays tribute to one of our high-, low-, no-, or hilobrow heroes. Also born this date: Orson Welles.