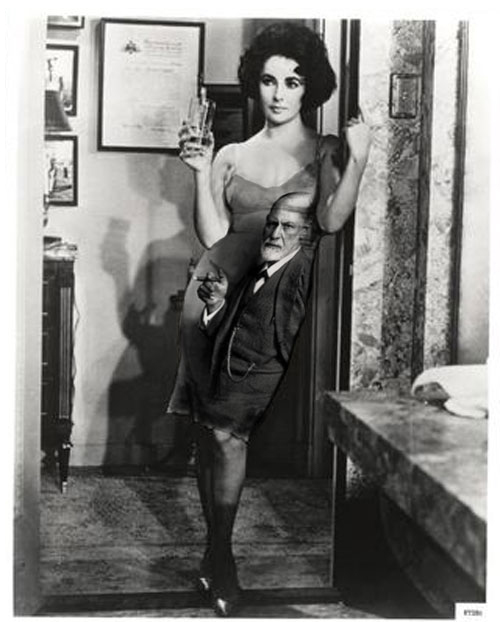 It’s the birthday of that master collagist and visionary in the virtual arts, Sigmund Freud. We know him as the godfather of psychology, the “god” being, of course, significant; the only slips in his world, our world, are Freudian.

So why virtual arts? Because Freud showed us how we construct, and reconstruct, the self in language. No other architect has given us such freedom at the same time as such structure — if you’ve tried, you know how hard it is to really change. And if you’ve tried hard enough, you also know it can be done. You seek alteration? To alteration find, you must tell different stories; and they must be convincing, not just for you, but for everyone. Because the storied self is not a solitary affair, it is a group effort — it resonates in him that gives, and him that takes. 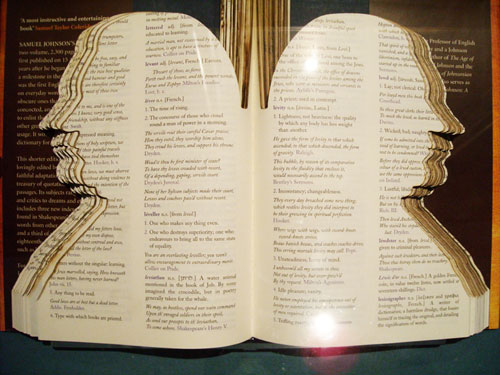 But it does not drop as a gentle rain from heaven upon the place beneath. Herr Doktor isn’t going to dictate your prescription. Rather, it is a violent upheaval from that place beneath, shattering and reforming the foundation upon which we attempt to stand, changing the place at which we thought our spade was turned.

This geological metaphor is no slip. Despite what you might think of Freud’s basic drives, sex, and later, aggression; no matter if you think the collective unconscious is full of mythemes or mitosis; the idea that something is under there, and that that something is strong, and true, is a metaphor that extends beyond biology, beyond geology, into some murky realm of morality and meaning. You might think those are terms that belong several significant levels above, in the realm of the superego, the Fortress of Solitude, or Cloud 9, but they are actually quite earth-bound. The idea of truth as something hidden, something underneath, which speaks to us, if at all, in reluctant code or symbols, is something Freud illuminated, rather than discovered. We’ve been doing this all along, he observed. Whatever is clear is clearly not the case. 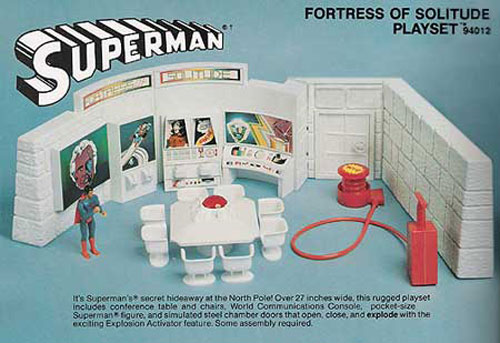 And don’t think you can escape into some kind of extropian orbit. We’ve brought the model over into our technology, into the ideation of computer systems and networks, where the real action of the computer is down below, in machine code and electrical impulses. The parts that we interact with, the parts that we can see, the nice designs that mimic a desktop, paper, a face, a mouse, are not the truth of the matter at all.

The metaphor affects more than hardware. We see it in claims that the real internet is the web of flame wars, of laughter and cruelty, the collective anonymous space of the id. We see it in claims that wisdom is programming, or engineering, an insistence of the how over the why. We see it every time we question someone’s motives, or question our own. We see it in our ubiquitous advertising, which we know is selling us something for which the product is only a front. But locating truth in the lower levels of the self means no access through language, means no rewrites, means we’re stuck. We can only send our tiny psychopharmaceutical submersibles to plumb what depths they can. Was it all for naught? Is talking futile?

Difficult yes, futile no. The chemical cure is not complete, it may adjust some ebbs and flows but it does not adjust their interpretation. We still need to follow just what the Herr Doktor ordered — more talking, more insights, rewriting, restructuring. Truth below is a model, a metaphor, and metaphors are available for rewriting —all of them. Truth is below, but it’s also above, and through. It might be less sedimentary than metamorphic, less striated than heterogeneous.

From the land to the sea. Freud imagined the ego as a tiny bastion of reclaimed land, against the great unconscious sea of surges. We aren’t going to know it. We aren’t even going to Cousteau it. We cannot look out far, we cannot look in deep. But in that struggle to maintain and perhaps obtain a few more inches of our sandy spit, we construct our humanity, and can stand our shifting ground, or even sail those waves with more skill; perhaps, eventually, with grace.

That’s all the time we have today. See you next week. 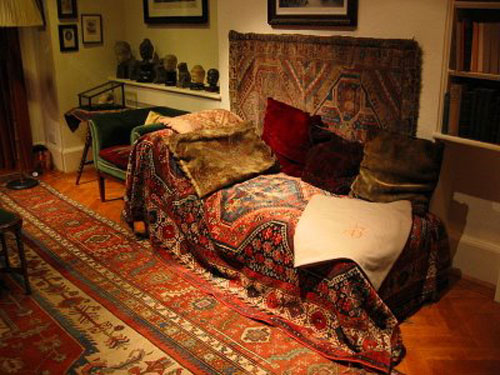