Because the self is partly a product of its communications, new media technologies remold the boundaries of being. As they do so, the shadows, doppelgangers, and dark intuitions that haunt human identity begin to leak outside the self as well — and some of them take up residence in the emerging virtual spaces suggested by the new technologies.

It’s not that we really think there are ghosts in the machine. But . . .

What is electricity? What is magnetism? How do they work?

We have always imbued the unknown with mystery, and then given that mystery a presence: sometimes in the form of mysterious beings, and sometimes in the form of messages that, once received, might render the mysteries a little less mysterious. Technology is no exception, in fact, it seems more of an aggregator: the mysteries with which we imbue it seem only to increase along with its increasing complexity. 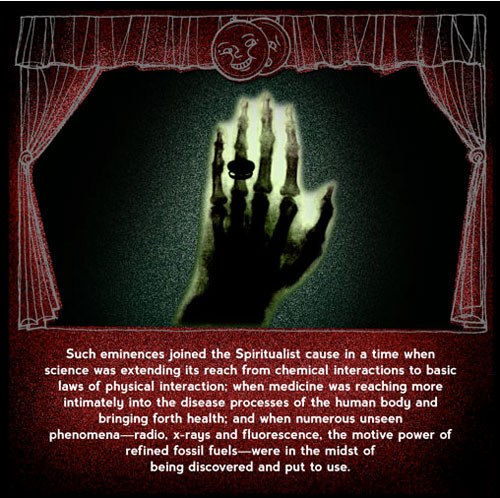 Artists Andrew Sempere and Mary Lucking have organized a series of exhibits that delve into these questions, that play with the mysteries (real or unreal), that illuminate the buried assumptions squirreled away in our tools, in our networks, in our algorithms. According to Lucking, the Artistic Mediums series “…explores the idea of contemporary artists as mediums — individuals who channel ideas and express them through the manipulation of the invisible (electricity, ideas, perhaps even ghosts).”

Historically, the occult-technological mashup has roots in the Spiritualist movement of the late 19th century. It is no accident, Sempere writes, that this coincided with unprecedented advances in technology:

The Spiritualist movement, characterized by the belief that the dead existed in a parallel universe and could be contacted by mediums, reached its peak popularity in the late 1800s and early 1900s, with self-professed believers numbering the millions. This period of time coincides quite neatly with the beginnings of widespread commercial electrification of the United States and Europe. With electrification came radio, and with radio came voices from the aether, sounds from space, and the discovery of new and weird human abilities as a result of harnessing the electromagnetic spectrum.

Telekinesis may or may not be able to rattle the flatware, but energy generated hundreds of miles can in fact wash your dishes. Electrical forces of course had been known and understood for some time before the 1900s, but the parallels between the spiritualists’ professed powers of the occult and the occult-like power that was contemporaneously changing the universe were too good to be ignored. While Tesla, Edison and others were engaged in inventing the groundwork of our modern world, they were alternately quizzed on and accused of accessing the supernatural. 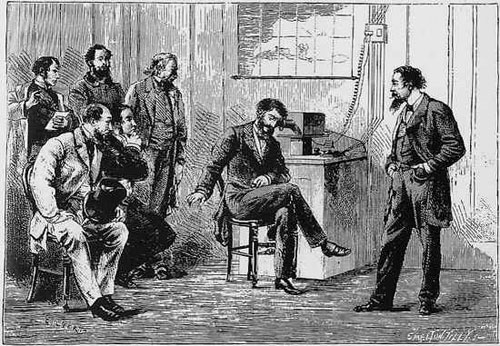 [A Boston audience listening to a speech by Alexander Graham Bell 15 miles away, 1877] 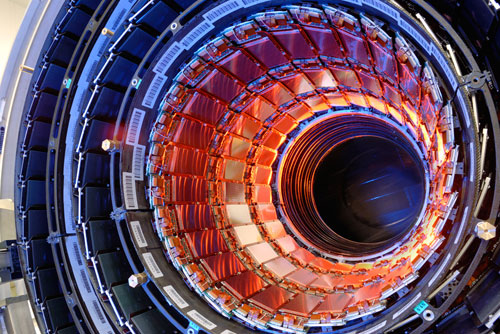 Today, we have cars on Mars, physicists seeking out “God particles,” a communications network so various and vast that some talk of it attaining consciousness out of sheer quantity. The supernatural metaphors have hardly been allowed to rest peacefully in their interment. Instead, they walk among us with increased intentionality and substance, or so it seems. The forces that drive our machines and our messages exert an uncanny pull on our attention and imagination. Our internet addiction seems fueled more by a sense of almost-occult anticipation than any consistent urge towards reference, or memory.

Which is where the artists come in. Not even the builders and designers of the machines are in control of the metaphors, and the metaphors control how we view things, how we use them, and even what we choose to build, and why. It is in the rigorous play of metaphor that the artist can, paradoxically, make a contribution to reality.

In this particular time and place, artists who work with technology are uniquely positioned to serve as mediums. We explore, take note and occasionally guide, pushing the limits of our world and repurposing the tools of objective inquiry in the hopes of finding more subjective truths. Art and technologist take the end result of scientific progress and push and twist it to find the zeitgeist, and sometimes, maybe, actual geist.

Artistic Mediums II will run from January 24 to February 25, 2011 at the New Art Center in Newton, Massachusetts.