Artistic Mediums II, curated by Push Buttons First (Andrew Sempere and Mary Lucking) will be open to the public at the New Art Center in Newton MA from January 24 – February 25th, 2011. 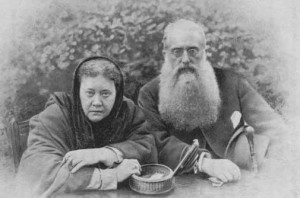 The Spiritualist movement, characterized by the belief that the dead existed in a parallel universe and could be contacted by mediums, reached its peak popularity in the late 1800s and early 1900s, with self professed believers numbering the millions. This period of time coincides quite neatly with the beginnings of widespread commercial electrification of the United States and Europe. With electrification came radio, and with radio came voices from the aether, sounds from space, and the discovery of new and weird human abilities as a result of harnessing the electromagnetic spectrum.

Telekinesis may or may not be able to rattle the flatware, but  energy generated hundreds of miles can in fact wash your dishes. Electrical forces of course had been known and understood for some time before the 1900s, but  the parallels between the spiritualists’ professed powers of the occult and the occult-like power that was contemporaneously changing the universe were too good to be ignored. While Tesla, Edison and others were engaged in inventing the groundwork of our modern world, they were alternately quizzed on and accused of accessing the supernatural.

There is some doubt as to weather Edison himself was a Spiritualist (when pressed he opted for “agnostic”), but the fact remains that people at the time were deeply interested in the idea that he was. In the 1920s Edison gave an interview in which he expressed his opinion that spirits might be able to communicate with us if an instrument could be built with sufficient sensitivity. Modern Mechanix magazine ran an article in October 1933 that detailed Edison’s secret “Spirit Experiments” including a “Ghost Trap” the inventor allegedly built. 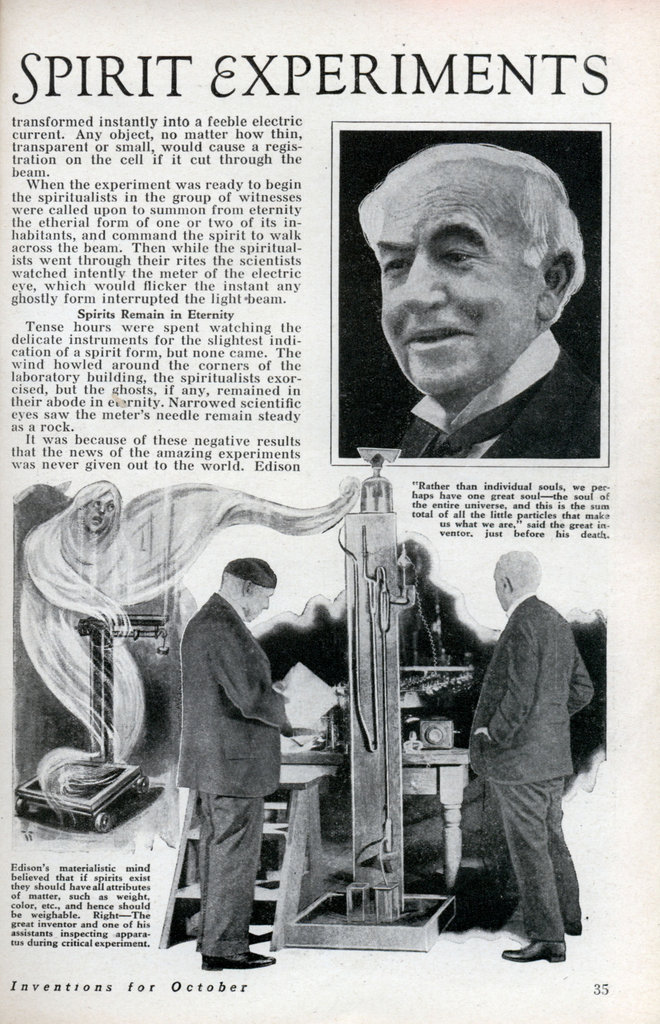 These days we have largely abolished Spirtitualist thinking (at least in polite company). Although there are no doubt millions who still believe, publicly we have shifted our faith entirely into our technology. Artificial organs and limbs, gene therapy, the notion of uploading our souls into the network. We believe without a doubt that technology will prolong our lives, keep our memories safe, preserve our souls in stasis forever. And we might be right. At very least we are already haunting ourselves. 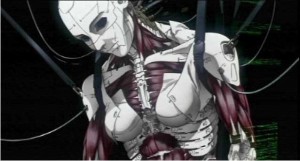 In this particular time and place, then, artists who work with technology are uniquely positioned to serve as mediums. We explore, take note and occasionally guide, pushing the limits of our world and repurposing the tools of objective inquiry in the hopes of finding more subjective truths. Art and technologist take the end result of scientific progress and push and twist it to find the zeitgeist, and sometimes, maybe, actual geist.

In order to explore these ideas further, Mary Lucking and I have organized a series of exhibitions around the notion of artists as mediums. The first featured 13 mediums and was held in Pontiac Michigan in 2008. The next show will be held this upcoming January, in Newton MA.