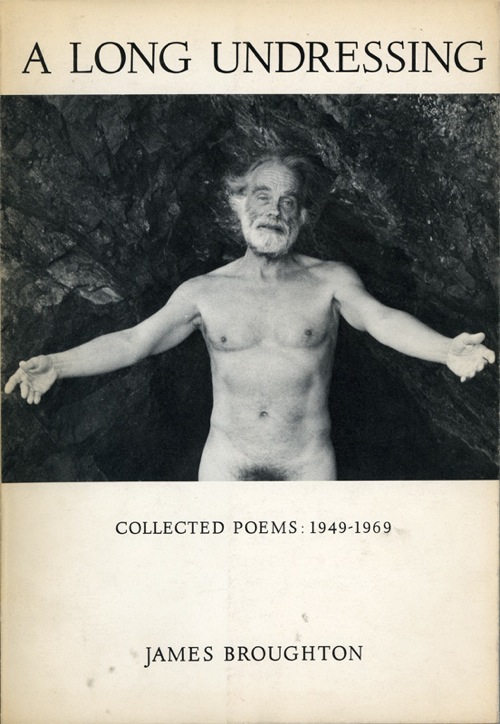 “We are bearish magickers” wrote poet Robert Duncan to his friend and fellow California visionary, JAMES BROUGHTON (1913-99). As a three-year-old in Modesto, an angel told Broughton he was “a poet and always would be and never to fear being alone or laughed at.” The boy believed it; others — including his mother — didn’t. He was sent to military school, quit Stanford, and was rejected by the Army for being a “goddamn fruitcake.” In 1942, Broughton hitchhiked to New York, where he joined the merchant marine and met Hart Crane’s still beautiful muse, Emil Opffer, who introduced him to the city’s literati. Returning west in ’45, Broughton found the San Francisco Renaissance: he wrote poetry and verse drama, made films; and, in ’48, accidentally impregnated his roommate, Pauline Kael — who didn’t tell Broughton of their child until several years later. Loony Tom, The Happy Lover (1950; see below) exemplifies Broughton’s self-described aesthetic, the “serious silliness and colloquial brash that is characteristic of pioneer boys and Western artists.” Broughton went to Europe in 1951, returning four years later a Beat uncle and hero to Stan Brakhage, who later inspired Broughton to marry artist Suzanna Hart (Alan Watts performed the ceremony) and have children. In 1974, Broughton met 26-year-old San Francisco Art Institute grad student Joel Singer, who became his partner unto death. Through it all, Broughton remained, as Kenneth Rexroth observed, “master of the whimsical tone, the unexpected insight, the hidden bite.”

On his or her birthday, HiLobrow irregularly pays tribute to one of our high-, low-, no-, or hilobrow heroes. Also born this date: Screaming Lord Sutch.