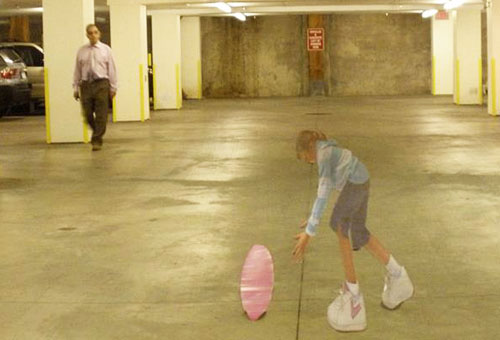 Objects in the mirror are not as correct as they appear.

Recently on HiLobrow, Matthew Battles examined anamorphic art, that technique of creating specially distorted images that resolve themselves with the help of an acute angle, a tin can, a different perspective, or other reflective technologies. 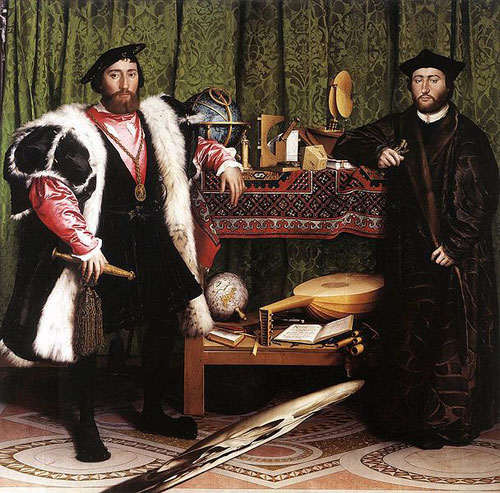 [The Ambassadors, Hans Holbein the Younger, 1533]

Anamorphic imagery vibrates with cognitive dissonance — between success and failure, between pattern and distortion, between worldly wonders and the ultimate storage space — between life and death.

But outside the art world we’re more pragmatic: if the right one gets out, then at least don’t run it over.

In West Vancouver, an anamorphic painting of a child chasing a ball has been applied to a road near a school. A joint project between the police and a community group, it is designed to raise driver awareness.

So despite filtering design from art, and traffic from signs, the same cognitive dissonance remains at play: life and death. Warning. Slow. Yield.